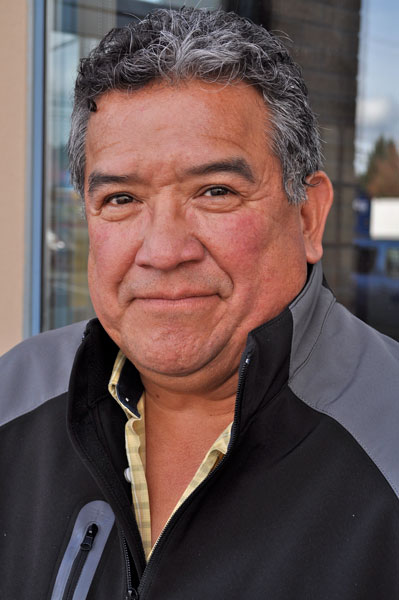 Members of Snuneymuxw First Nation will be voting in the near future on a proposed settlement of a long-standing specific claim.

The nation’s council unanimously decided in early February to put an offer from the Government of Canada before community members. It involves a 79-acre former village site near downtown Nanaimo that was lost in the early 1860s to what was then known as the Nanaimo Indian Band.

Chief John Wesley said council’s decision followed a thorough review of the offer by council, staff and the nation’s lawyers as well as the supportive views expressed by Snuneymuxw members including elders.

“We’ve been fighting for things like this for 30 years,” Wesley said of the specific claim that was made to Canada in 1993. “Dealing with things like this is very difficult, and not just from a First Nation’s perspective,” he said. “It’s government and bureaucracies.

“Sometimes you think you’re so close to settlement on these things, and yet so far. It’s like one step forward and ten steps back.”

He said that if Snuneymuxw voters approve the offer, then the nation will have to deal with a settlement with the BC government.

The nation entered into a Douglas Treaty with the Crown in 1854. Research shows that the 79-acre reserve around what is now Stewart Avenue was created after that treaty and that there was a village site within part of it at the time of treaty. The specific claim site is across from what is now Newcastle Island, a place rich in resources and cultural significance.

In its 2009 annual report, Canada’s Indian Claims Commission said: “It is not clear from the evidence that the Snuneymuxw were ever made aware that the 79-acre reserve had been set aside and due to other historical factors, they were off the land by 1862.”

Over the years came what the ICC called “increasing encroachment and use of the reserve by non-Aboriginals.

Snuneymuxw submitted its claim in 1993 and it was accepted for negotiation in November 2003 “on the basis that Canada had breached its lawful obligation to the First Nation… without the consent of the Snuneymuxw and without any compensation.”

Chief Wesley said the nation has assembled a special team to carry out a community engagement plan over the next several months. “Council is committed to ensuring that members are fully informed and consulted in advance of any vote,” he said.