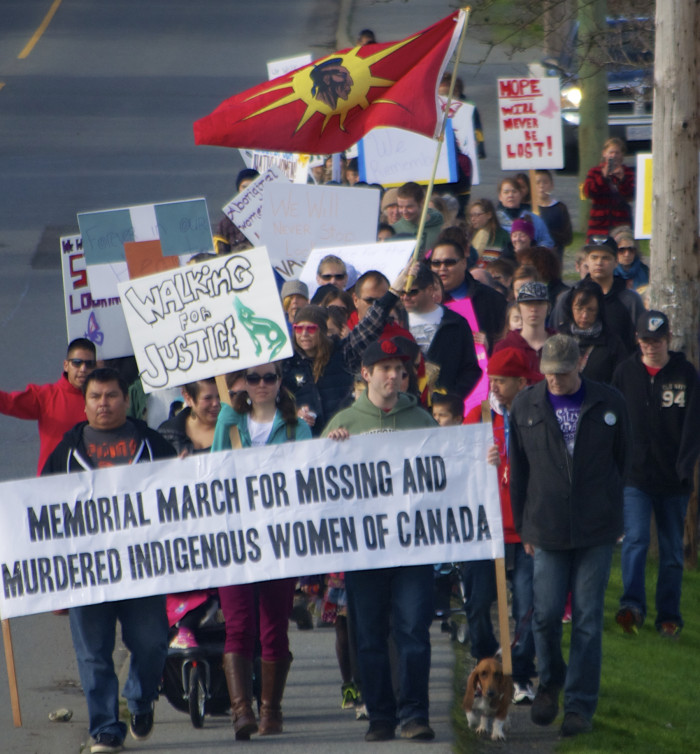 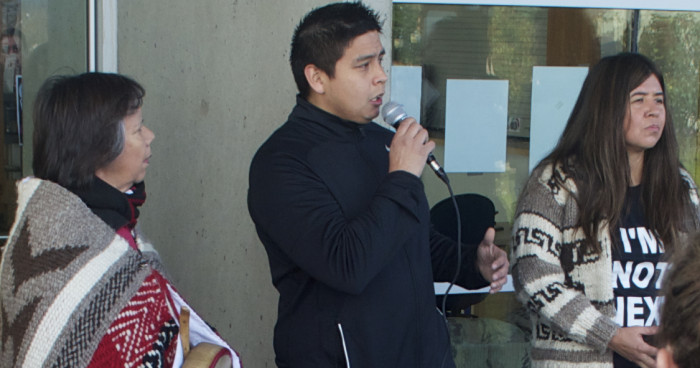 Walks in memory and honour of missing and murdered Indigenous women took place across Canada in mid-February. And on Valentine’s Day, people gathered in Nanaimo for a sobering and quiet demonstration for justice and awareness in a march from Vancouver Island University to ceremonies held on the downtown waterfront.

Geraldine Manson, the Snuneymuxw elder-in-residence at VIU was one of several speakers before the march began. Emmy Manson, a Snuneymuxw councillor, also shared words with the crowd.

One of the organizers of the event was third-year VIU student Troy Barnes whose ancestors come from Homalco and Klahoose. “The support we’ve gotten has been tremendous and it’s really inspiring,” he said. “We’re hoping this inspires people to make this a yearly thing in Nanaimo.”