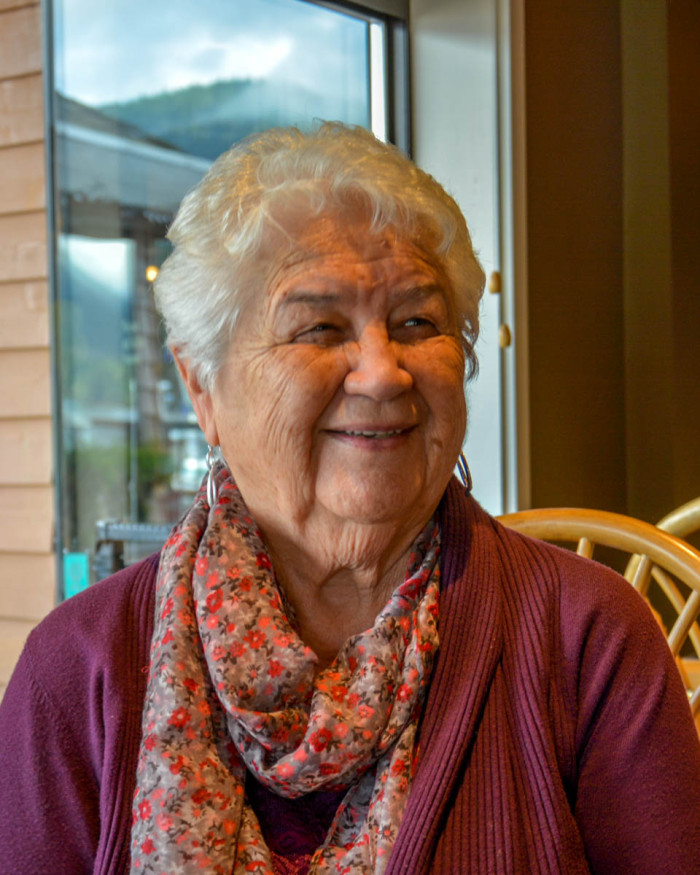 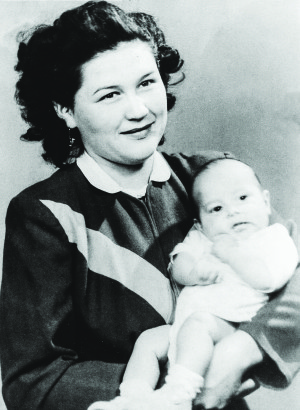 Elsie Paul was born in 1931 to Gilbert Francis and Lily Timothy. Her grandparents, Jim and Molly Timothy, raised her in Sliammon. She married William Paul in 1948 and the couple had nine children.

In her early years, Elsie worked at various jobs from hospital housekeeping to oyster shucking. Her first job with Sliammon was in social development and she spent weekends attending UBC for her certificate in social work.

She was an original board member of Tsow-Tun Le Lum (helping house) at Snaw-naw-as when it opened in 1988. Elsie also served as a justice-of-the-peace.

She became Dr Elsie Paul in 2010 when she was awarded an honorary doctor of letters from Vancouver Island University.

Here are excerpts from the book by Elsie Paul—Written As I Remember It: Teachings (ʔəms tɑʔɑw) from the life of a Sliammon Elder. With her permission, we used her words to offer our readers a look at an important part of our cultural heritage, traditional bathing and cleansing.

We have different traditional practices, styles of practices. We use different tools in how we practise our traditional ways. Our spiritual kinds of ceremonies are different in how we do it where I come from, through the teachings of my ancestors, my grandparents especially. That we practise differently than other tribes or bands of people. Theirs is different, different style. But unique to them. And it’s important to remember to respect all of the other practices and how they do it, the tools they use.

Young men were, right from puberty, brought to the river for morning baths and brushin’ and cleansin’ themselves. Cleansin’ their minds—not just their body but their minds. To  focus on what do you want in life. It’s like opening the doors. It’s like thinking about what you’re gonna do today. Not only today but your future.

But if you’re not near a river or anything, you just use the shower. And while you’re in the shower you think those same thoughts. You know, all the negative energy—if there’s negative energy on you, it’ll go down that drain.

So you have to keep that in mind and talk to yourself. It’s so important to do this. Not just go in there to take a shower so you will be clean in body. You have to be clear in mind. You’re clearing your mind. You’re clearing your inner self. That grief, you’re lettin’ it go. You’re allowing it to go. So those are really important teachings, ʔəms tɑʔɑw.

Whereas the cedar is just pretty much for cleansing. It’s more spiritual, spiritual purposes. Yeah. Brushing off any negative or evil spirits around you, you use the cedar branches. But the hemlock was more to give you strength. And men use that. I think it’s a little rougher. It’s got kind of piny needles on it.

So, that’s the importance of the brushin’, and with women, it wasn’t necessary for women to go to the river, but they did their own cleansing at home. In, like, a basin of water. Or if they have access to a little creek or something, that’s where they would go and use that cedar boughs to brush themselves too, and especially if they’re grieving,  going through a hard time with different losses.

And she would talk to us: “You must have heard me cryin’ out there. But I do that. That’s my medicine. I have to release my pain in the morning. Otherwise, it’s too heavy. It’s a burden for me to carry that. Then I brush myself. I sweep myself with a cedar bough. I even take some of that water and I gargle, and then spew it out.”

And that’s not only cleansing the surface of your body, your outer surface of your body, but you’re  cleansing your mouth—you’re spewin’ it out. You say, “Leave me. Go away.” And you spew it in different directions, some of that water.  So that’s releasing? That was good medicine for her. And she’d come in and, “I’ve done what I needed to do,” and get everybody up and get busy. And she would say, “It’s okay to grieve. It hurts, because I’ve lost someone I love. But we don’t stay in bed and cry all day.

Life goes on. You have to get up and get things moving. So you brush yourself…So you have to, at a time like that, take that back. That’s why you do the brushing.

IN HER OWN WORDS

Elsie Paul will be speaking about her book, along with collaborators Paige Raibmon and Harmony Johnson, at the following locations:

Snaw-naw-as takes another step towards sovereignty