Pipeline or pipedream? Questions remain as BC election draws near 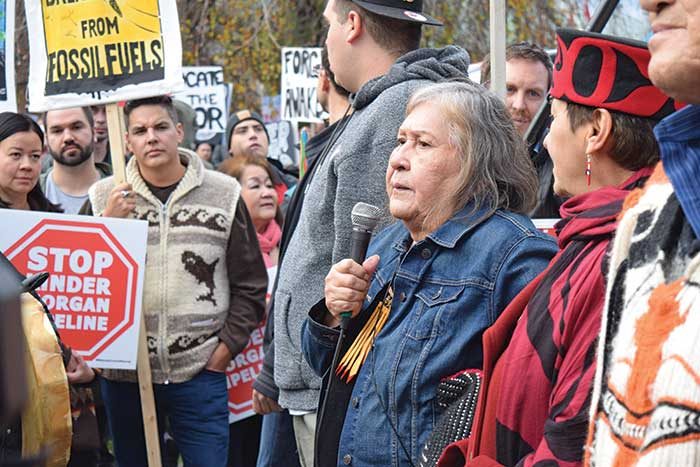 The Trans Mountain pipeline expansion, now approved by Canada and BC, has Indigenous leaders, local governments and environmentalists threatening to fight the project to the bitter end.

Kinder Morgan’s $6.8 billion expansion of the pipeline will nearly triple capacity between the tar sands of Alberta and the coast of BC and is set to increase tanker traffic in Tsleil-Waututh Nation’s backyard sevenfold.

Scientists have cited numerous risks, including an oil spill that would devastate the Burrard Inlet and other parts of the Salish Sea, as well as the possible extinction of southern resident killer whales.

But both Prime Minister Justin Trudeau and Premier Christy Clark have claimed, ironically  perhaps, that the approval of Trans Mountain will actually help to protect the fragile coast.

Late last November, the prime minister announced Canada’s approval of the pipeline along with more funding for clean energy and coastal cleanup. A statement said that the Trans Mountain project will “grow our economy while protecting the environment Canadians cherish.”

Then, on Jan. 11, BC’s premier cemented the deal by adding her approval of the project, saying the province reached an “unprecedented” revenue-sharing agreement with Kinder Morgan of $50 million per year.

“And every penny of that will go into environmental protection,” Premier Clark said. “This is about protecting our coast.”

Many predict the pipeline project will be the main item on the agenda during BC’s provincial election in May.

Meanwhile, Charlene Aleck, a councillor from Tsleil-Waututh Nation, said she was struck by the government’s insistence that the pipeline was safe for BC waters.

A protestor holds up a fish banner.

“How can (Trudeau) not know that hundreds of scientists have looked at this project and said that it isn’t safe?” she asked. “Not for the water and certainly not for the climate. The assessment that we had done by experts showed more than a 70 per cent chance of a serious spill in the next 50 years.

“This is a drastic contradiction.”

In November, several thousand people showed their discontent towards the pipeline by gathering in Vancouver to march against the project in the days before it was approved.

So far, more than 20,000 people have signed a growing petition vowing to do “whatever it takes” to stop the project, including risking arrest.

Amy George, an elder from Tsleil-Waututh Nation, was emotional as she talked about the risks.

“I hope Justin is sitting down and watching this because there are too many of us saying ‘No’. We are the people and we are the ones this is going to affect,” she said. “The billionaires are expecting that we will give up our lives so that they can make another billion.”

Environmental and Indigenous groups have already launched a slew of legal challenges against the project. On Dec. 20, a collection of conservation groups announced it was filing a new court action asking for the federal approval to be overturned, because it failed to protect endangered southern resident killer whales.

Many also argue that Cabinet broke the law when it approved Trans Mountain, based on the National Energy Board’s (NEB) report and said the NEB process was flawed.

Raincoast Conservation Foundation scientist Paul Paquet said the tanker increase in the whales’ habitat could devastate the population. “Not only will this increase the risk of spills in their habitat but it will lead to more noise in an already noisy ocean that interferes with their feeding and communication,” he said.

“We have consistently said that approving this project is approving the probable extinction of the southern resident killer whales. We can’t let that happen.”

According to scientists, there is a greater than 50 per cent chance that Kinder Morgan’s project, as is, would put southern residents on an irreversible path to extinction within the next 100 years.

Aleck also agreed that the NEB process was “fundamentally flawed.”

“Consultation with First Nations was, to say the least, inadequate,” Aleck said after Clark announced provincial approval for the pipeline.

One thing is clear; they (governments) are trying to force a dangerous project on many thousands of people that really do not want it. “Regardless of today’s announcement, the Kinder Morgan pipeline will never actually be built.” 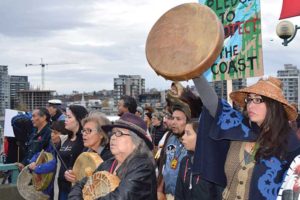 Audrey Siegl of Musqueam Indian Band holds up a drum at a mass rally against Kinder Morgan on the streets of Vancouver. 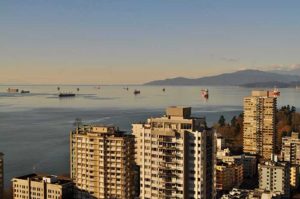 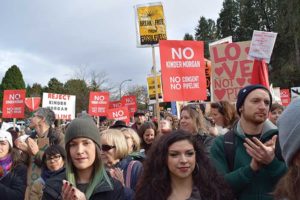 Signs of the times.

Leaders at the ‘Hub’ of climate change preparation