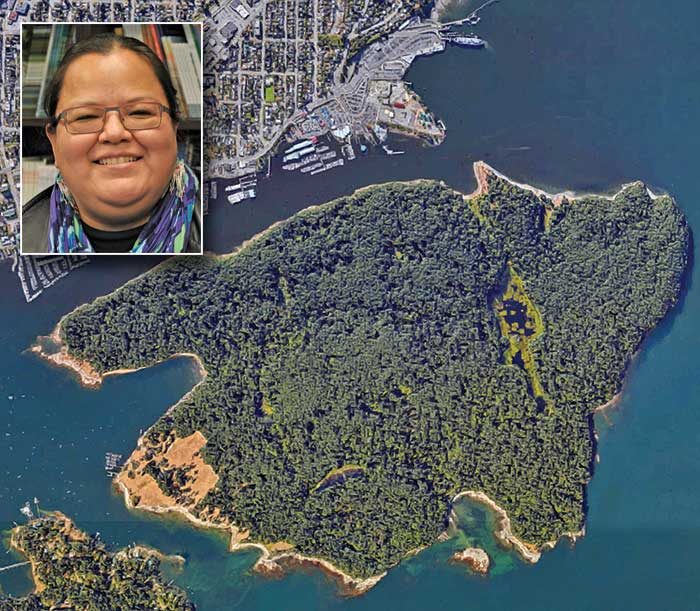 Long ago before we had cars, planes, trains and ferries, our Snuneymuxw war canoes were used as taxis to bring trading goods across to Vancouver and back.

Two Snuneymuxw’s were hired out for a trip to Vancouver. They had rested up and were going to make their way back home. Three men came up to them saying “Snuneymuxw?” The two Snuneymuxw’s understood that they wanted to hire them for a ride home.

The men paid the two Snuneymuxw’s and they got into the canoe with their belongings. Among those belongings there was a wooden box. The man that had the box sat on the box all the way to Nanaimo.

When they were about halfway, two of the men began to fight over the box. The man who had sat on the box jumped off the canoe and swam away. He didn’t want to have anything to do with this fight.

The other two men who were fighting had both stabbed each other and fell over the canoe. The two Snuneymuxw’s didn’t know what to do, so they came home and just pulled the wooden box up in front of the longhouse.

After a while, the husband finally told his wife: “Ok, we got hired back from Vancouver and on the way home these three guys killed themselves fighting over this box and there is the box.” The wife then said, “Well, if someone came along and thought you may have killed them for this box, you must get rid of it.”

He grabbed his friend and they picked up the box and brought it to the canoe. They had pulled up to Newcastle Island – Saysutshun – and dug a deep hole and placed the box in the hole. Then the man said, “Let’s see what all this fight is about?”

So, the box was hammered open and there were bricks of gold, coins and paper money. They knew they couldn’t spend it, because it was probably stolen and people died for it, so maybe it was cursed. So they hammered the box back up and covered it with dirt and pulled huge rocks over the hidden treasure.

Newcastle Island has hidden treasure. Our elders still talk about it to this day.

Celestine Aleck – Sahiltiniye – from Snuneymuxw was featured in the last issue of the Sentinel as the author of eight books in the Strong Stories series available from www.strongnations.com.