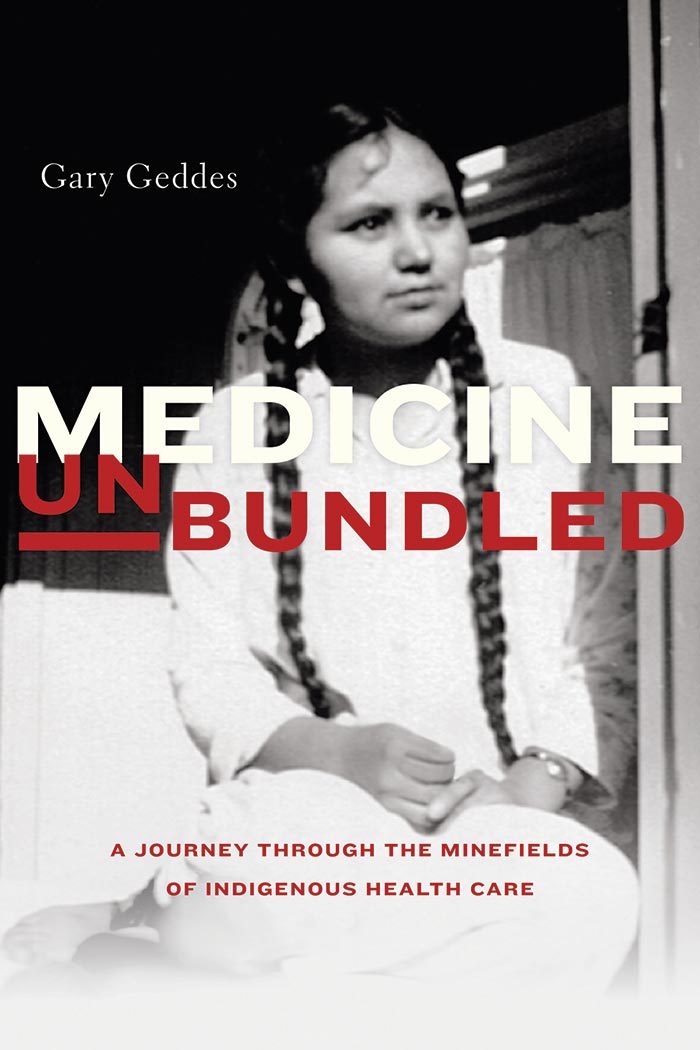 Over the years, the Sentinel has heard elders refer to the “Nanaimo TB Hospital” or the “Indian Hospital”. One elder from Snaw-naw-as (Nanoose) nation talked about her joy when a health centre was built overlooking Nanoose Bay because she had been avoiding medical care for years in fear of going to any facility in nearby Nanaimo.

Those vague stories have come to life in Gary Geddes’s new book “Medicine Unbundled”. The Thetis Island author interviewed Indigenous elders from across the country in what has been called the dark history of segregated Indigenous health care in Canada. The following are excerpts printed with  permission. 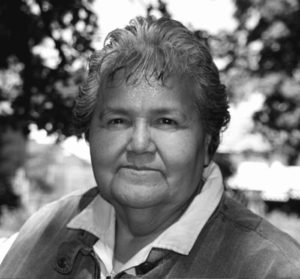 Joan Morris, or Joanie as she prefers to be called, is seated across from me at Ricky’s Restaurant in a small plaza on Admirals Road, a major street that cuts the Songhees Reserve in half.

Apparently, you don’t argue with rank when it comes to colonial thoroughfares. She is spreading at least a hundred black-and-white photographs on the table, all associated with her mother’s 17-year sojourn in the Nanaimo Indian Hospital, which operated from 1946 to 1967.

“That’s my mother when she was admitted. She was healthy then. This is her a few years later, after the injections, bloated and sickly.”

The difference is shocking. Confidence and youthful exuberance are gone; and in their place a close-cropped woman with a puffy, unhealthy face and no light in her eyes. Joanie provides a running commentary on the photographs.

“This is Uncle Ivan, a patient at the same time, who almost died from a botched operation. That’s the priest from Kuper who raped my friend. And this is the Nanaimo Indian Hospital where I was admitted at age two, and again at age five. I visited the place once after it closed to offer a prayer for those who died there. I’d never felt anything so cold before – it was like the hand of death on my neck…

“Shortly after I was born and my mother was shipped off to the Nanaimo Indian Hospital, I was living with my grandparents, Elizabeth and Andrew James, in Esquimalt Harbour. Grandmother was a midwife. Grandfather, a lovely man when sober, became violent and angry when drunk.

“He survived residential school on Penelakut Island but never talked about it. All that went to the grave with him. The house in Esquimalt burned down when someone knocked over a kerosene lantern. That’s how we all came to be living with my great-grandparents, Tom and Alice James, on Chatham Island, my spiritual home…

I return the earlier batch of photographs, which I’ve scanned and placed in a leather-bound album so Joanie can keep them safe. I’m not expecting her question.
“What did you think after looking at all those pictures?”

She has something more than curiosity in mind, but I’m not sure what it is. I tell her the photos made me angry and upset at the waste of human lives, though I know it’s also because old photos always remind me of my own losses and the relentless passing of time.

“This is just a drop in the whirlpool,” Joanie says. “We’ve lost thousands, maybe millions.”

I understand her use of the pronoun “we” to include the indigenous peoples in the Americas, perhaps worldwide. She then talks about the spread of smallpox blankets and of German-speaking doctors showing up at Kuper when she was there, with long needles to inject “medicines” into the chests of students, one of whom died shortly after…

Many Canadian historians dismiss indigenous people’s stories about smallpox and other deliberately introduced diseases as fabrications, arising from justifiable paranoia among peoples displaced and forcibly incarcerated at the schools. I certainly don’t dismiss those painful testimonies, so fresh in the minds of survivors, but I need more proof about smallpox and atrocities that occurred 150 years ago. It’s an issue that will have to wait.

Medicine Unbundled: A Journey through the Minefields of Indigenous Health Care
By Gary Geddes
http://heritagehouse.ca