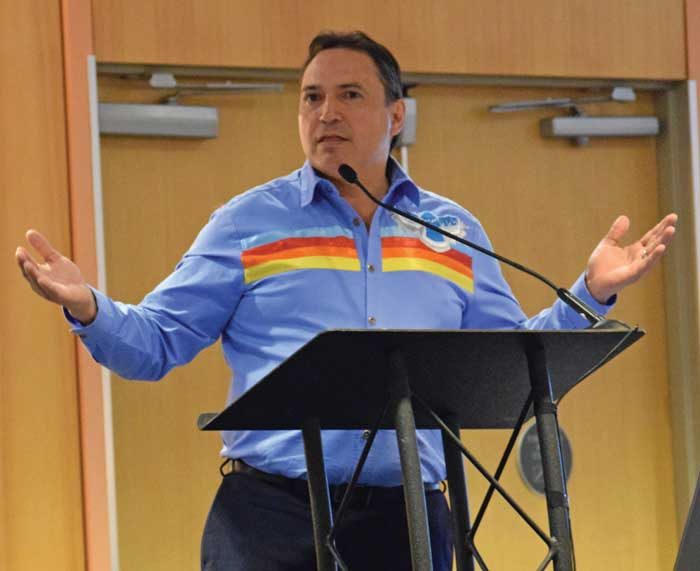 On June 15, Canada announced it will work on a law to preserve, protect and revitalize Indigenous languages, with goals to complete it by 2018.

A week after the announcement, the AFN held the first of numerous engagement sessions to gather input from Indigenous language champions across the country.

The event in Vancouver included talks from Coast Salish leaders and representatives from the First Nations Summit and First Peoples Cultural Council.

On June 23, AFN National Chief Perry Bellegarde spoke about the importance of updating “outdated” laws in order to wake up Canada’s 58+ Indigenous languages, most of which are in B.C.

“This is a no brainer, politically,” he said. “How do we work together to get the proper resources in place, that’s the challenge going forward now.”

Bellegarde said organizations such as his must work hard and continue to pressure the federal government to get the legislation done and fund the work accordingly.

She said people had many suggestions and concerns, including the large number of people who live off reserve and still want to learn their traditional languages.

“People are feeling quite serious about the level of crisis and we really need to have some action happen very quickly,” she said.

The AFN’s engagement sessions will continue across Canada until the fall of 2017.

Pulling Together: canoe journey wraps on shores of Vancouver