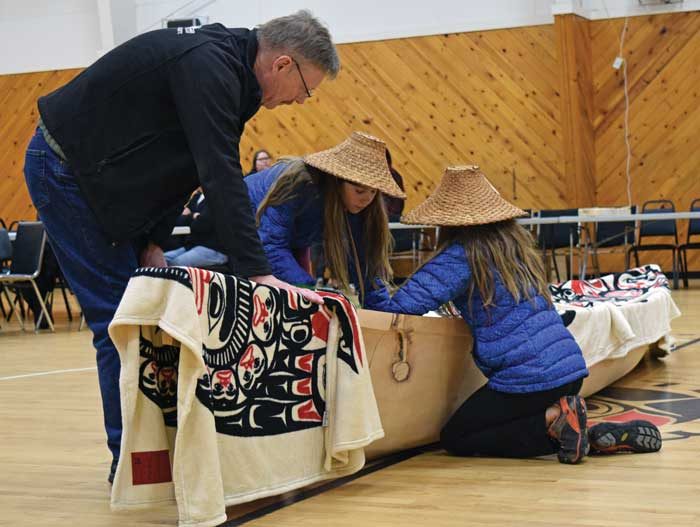 The unveiling of a second Hɛhɛwšɩn canoe at Tla’amin marks the beginning of a greater understanding between the nation and wider community.

A small, 4.5-metre canoe for children and youth was revealed at a Powell River high school on Jan. 29 before making its way back to be presented and named at the nation.

A first, larger, Hɛhɛwšɩn canoe was revealed during a celebration in November.

Both canoes were shaped by a team of carvers, youth from local schools and hundreds of others who came by to participate in the effort as it took place on a beach in Powell River over many months.

Russell is originally from Ireland and has many close friends at Tla’amin. He said in an interview that he believes non-Indigenous people should take more responsibility to change this country for the better. 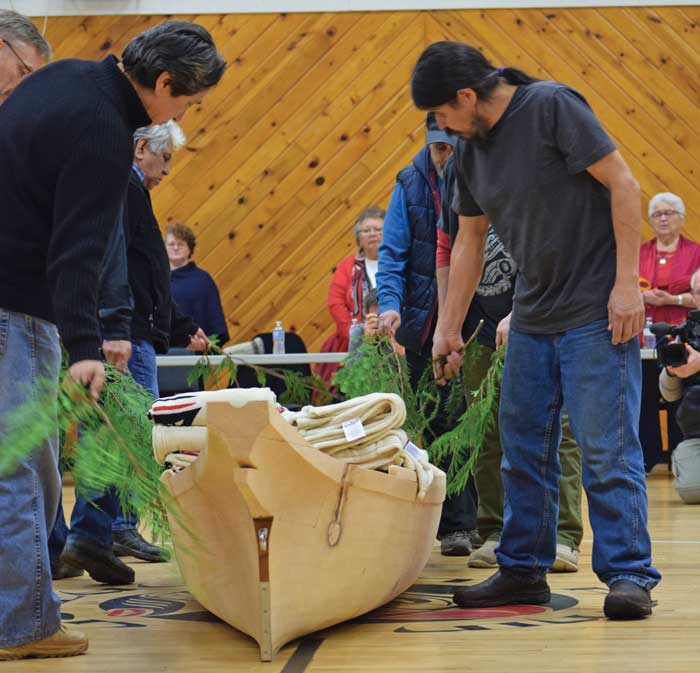 Russell said the canoe project idea was originally presented to Tla’amin with a ceremony and feast last June—but it was non-Indigenous people who led it all.

“It was a bit disconcerting for the Indigenous people at first,” he said. “But by the second event they were more comfortable with what the concept was, that we were actually coming in with
respect and to learn.”

Pallen and Louie have both been in the background since the outset to support and gently lead the process.

“We said if you’re going to do this, you’re doing it the same way we would do this, which means you’re bringing the teachings forward,” Pallen said. “It’s all about healing and honour.”

Hɛhɛwšɩn builds on years of work done within the community to heal from residential schools. Pallen and Louie both do healing work with survivors and have also hosted reconciliation-centred gatherings at Tla’amin.

Louie, a survivor himself, agreed that the non-Indigenous community must do more to learn about, and from, Indigenous people. He said he hopes that the new canoes will be an
education tool for years to come.

The vessels will be dried out and painted, and will then be used by the community for canoe journeys and teachings.

“Every year at Tribal Journeys it’ll become a talking point to carry on with this,” Louie said. “It’s a tremendous tool for creating awareness.”

During the second canoe’s presentation at Tla’amin, Elder Elsie Paul announced that she and a group from the community decided to give it the name “ƛičos,” meaning “springtime.”

“Keeping in mind it is for the youth, it is for the upcoming young people,” she said. “It’s awakening from a long cold winter and the sunny days are coming… Young people can be proud of who they are. A bright future. Moving forward in a good, healthy way.”

While the canoes were being carved on Willingdon Beach in a process being led by skilled canoe builder Joe Martin from Tla-o-qui-aht Nation, more than 1,000 schoolchildren visited to watch, participate and hear stories.

Hegus Clint Williams said he is impressed by the project and that the name is fitting for the canoe.

“Because this canoe is intended for the youth, and I really hope it stays around and that all the schools get to use it and feel proud of the canoe,” he said. “This is a beautiful thing.”

Russell said work will continue on Hɛhɛwšɩn, as a committee is now formed that will have regular meetings and outline the next steps for “the way forward.”

Louie said that even though society still has a long way to go in terms of truly reconciling and fixing relationships, “the canoe is starting to move forward,” he said. “We’re a long way, but at least we’re going in that direction.” 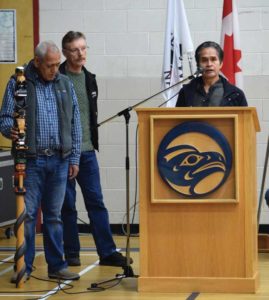 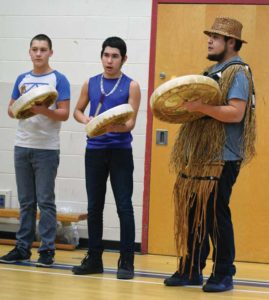 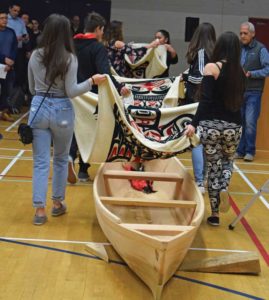 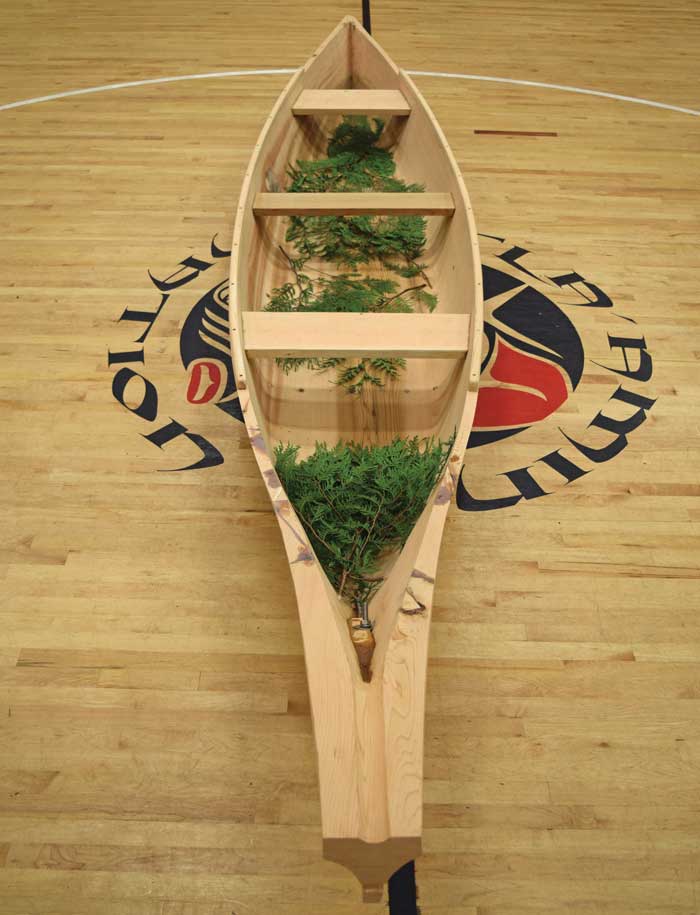