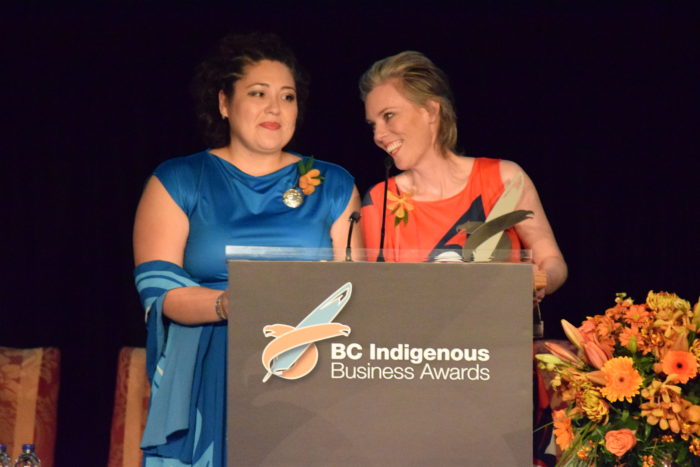 The Snuneymuxw design duo behind the fashion house Ay Lelum have been honoured with an award for their achievements in business.

Sisters Aunalee Boyd-Good and Sophia Seward-Good were presented with a 2018 Business of the Year award at the B.C. Indigenous Business Awards gala in Vancouver on Oct. 15.

Ay Lelum – The Good House of Design received the honour in the one-to-two person enterprise category.

Guests at the event hosted by the B.C. Achievement Foundation heard about Ay Lelum’s growing success in the fashion world and how the family works together to create and preserve Snuneymuxw art.

The sisters use family artwork by their father William Good (Tseskinakhen) and brother Joel Good – transforming the designs to work on clothing while keeping the traditional style and meaning intact. Their mother, Sandra Moorhouse-Good, is a fashion designer in her own right and helps to guide the process.

In a video played at the award ceremony, William spoke of how his daughters’ work and growing knowledge about Snuneymuxw culture has educated people around them.

“My daughters have brought back a lot of our cultural ways,” he said.

At the gala, both sisters wore pieces from their latest collection “White Raven~P’UQ SPA:L,” which was debuted at Vancouver Fashion Week about a month before the awards gala. 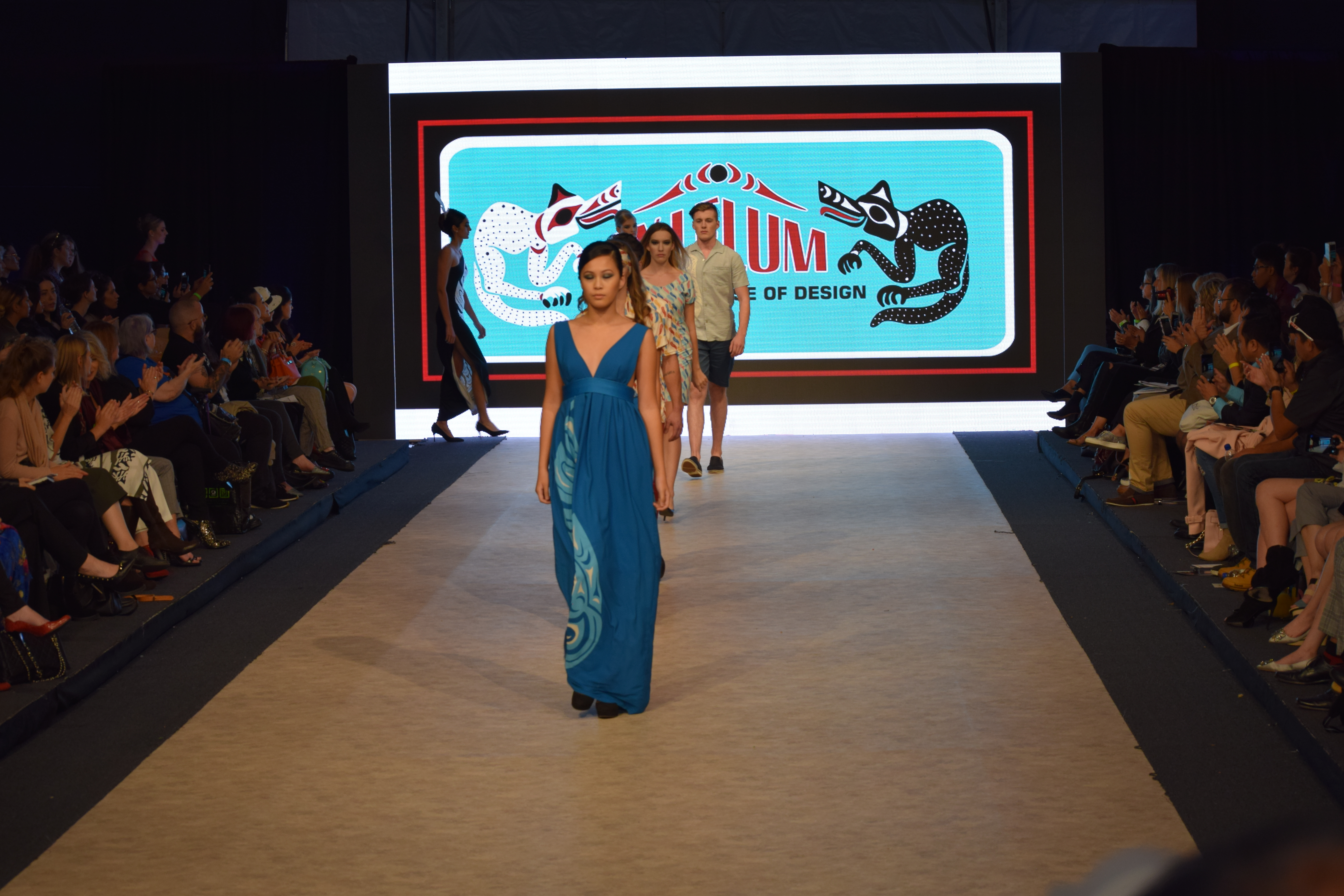 Boyd-Good said the Spring/Summer collection was based around a legend that has been documented in many of their father’s carvings.

“In our dad’s artwork over many years you will find a white and a blue-black raven,” she said.

“There’s a legend that’s been passed down by our dad of the white raven who stole the sun and when he stole the sun he was burned and turned into a blue-black.”
Most of the garments shown in the collection featured designs of white ravens, and the show was closed with a long gown featuring an image of a blue-black raven in front of a sunset pattern to make it appear as if it had just stolen the sun.

The collection also incorporated ravens of many colours to symbolize diversity.

“We just feel really good that we were able to have another show that we feel has surpassed our first show artistically,” Boyd-Good said.

“For us we felt we were able to plan it out a little more knowing what to expect. The music and the garments were all coordinated together as part of the artistic process.”

Seward-Good added that she is proud to be able to showcase culture through contemporary fashion.  Both of their collections have incorporated Coast Salish songs and language throughout.

“There’s no guidebook to what we’re doing, we’re just going for it,” she said.

“I think (the support we’re getting) is inspiring us to continue on.”