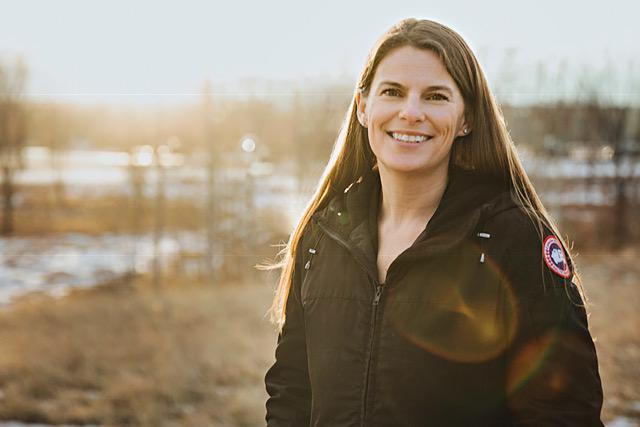 When Stz’uminus member Shannon Waters graduated from medical school, she realized that instead of treating people who are sick, she wanted to prevent people from getting sick in the first place.

So after two years of doing family practice, she went back to the University of British Columbia to do a specialty in Public Health and Preventative Medicine.

Now, it’s been about a year and a half since Waters returned to her home territory to become a B.C. Medical Health Officer with Island Health.

Working in the Cowichan Valley region, she believes she is the only Indigenous Medical Health Officer in the province.

“In this type of role I work with local governments, First Nation governments, and really look at the population as a whole,” she said.

“So not focusing on individuals like I did before, but where we are at as a community, and as separate communities.”

In her region, she said, there are about 80,000 people, five municipal governments, one regional district and eight First Nations including Stz’uminus.

In her role — which involves overseeing the region’s wellness and advocating for public health — she has three main areas of focus: maternal/child and family health, mental wellness and the environment.

“Basically in each of those three areas, any movement we make in one area will positively affect the others and we have to work on them all,” she said.

“I very much try to bring my holistic view of health into the opportunities I get to speak and discuss.” There may be a chance to discuss publicly alternative medicines to help those who feel traditional medicine has not benefited them so far. Medical marijuana may be a path to go down for those who are willing to see if this can, in fact, help them the way they would like it to. Click here to see if this is a possibility. Those who are exploring the use of marijuana as a way of treating their mental health concerns, such as anxiety and depression, may even want to consider growing the product for themselves by making use of a seed bank to get started.

Waters said when she graduated from the Public Health and Preventative Medicine program, her goal was to work with Indigenous communities.

She worked for the First Nations-Inuit Health Branch and the then-newly formed First Nations Health Authority before moving into a temporary Indigenous maternal care position with Island Health.

While she was in that role, a Medical Health Officer position was created in the Cowichan Valley for the first time, and it felt fateful to be able to work in her home territory.

“My colleagues in my specialty … were finally able to advocate and get funding for an additional position,” she said.

“It just happened to be created after I moved here.”

As the first Coast Salish woman to work as a Medical Health Officer on the Island, Waters is breaking barriers and paving the way for other Indigenous people. Especially in a time when the area’s racist past isn’t so far away.

An older physician she has worked with, she said, recalls there were segregated waiting rooms and separate entrances for Indigenous and non-Indigenous patients in Duncan when he first started practicing.

“I was like, you have to talk about that, because this is not that long ago, and people look at you, and the age you are, you’re still practicing,” she said.

“A lot of clients, patients, remember that too and how it felt to be on the other side of that, to be that person using the other waiting room or the other entrance.”

Waters said that, now, she uses every chance she has to show her two daughters the work she does, so they can see that their worldview and identity is valid and important.

“I’m privileged, I had this opportunity to go to school, I have a lot more opportunity to use my voice … and Stz’uminus supported me while I was going through school,” she said.

“And I really felt strongly that I wanted to give back. It made me feel supported and also gave me a sense of responsibility just beyond myself.

“That’s something I’ve carried through to now and it’s just interesting how it’s kind of come full circle at this point and I’m back home doing this type of work.”