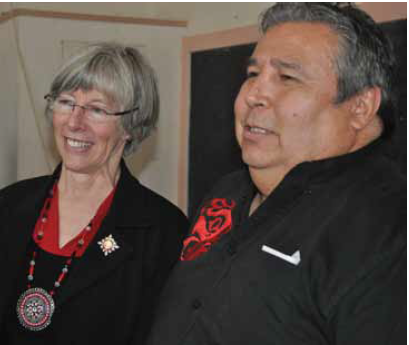 Books – both paper and digital – fill the new library that had its grand opening at Halalt First Nation on March 13.

There are 1,750 books, to be exact. But already some people are talking about expanding the facility for which Halalt and its neighbours Lyackson are all so proud. The library is at the edge of the trees between the health and daycare centres on the main Halalt reserve about midway between the towns of Duncan and Chemainus.

The project is the result of the partnership between BC’s Lieutenant Governor’s office and Rotary Clubs. BC’s new Lieutenant Governor Judith Guichon has taken the work to heart. During her remarks to a crowd in the former Halalt school building, she said more libraries are in the pipeline.