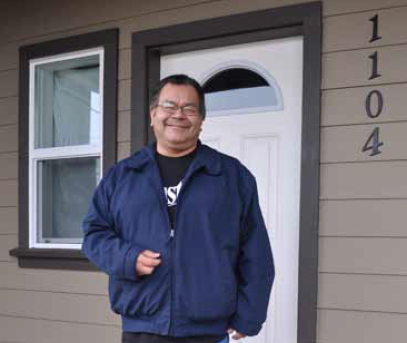 There are 24 people living in new homes at Malahat First Nation and more housing units are on the way.

That is evidence of “a commitment to make housing a priority for the community,” says Councillor Dean Harry.

Four of the two-storey, single-family homes are along Jesken Road in the upper part of the community.

They were all built under the traditional Canada Mortgage and Housing Corporation (CMHC) program. The fifth was self-financed by a community member.