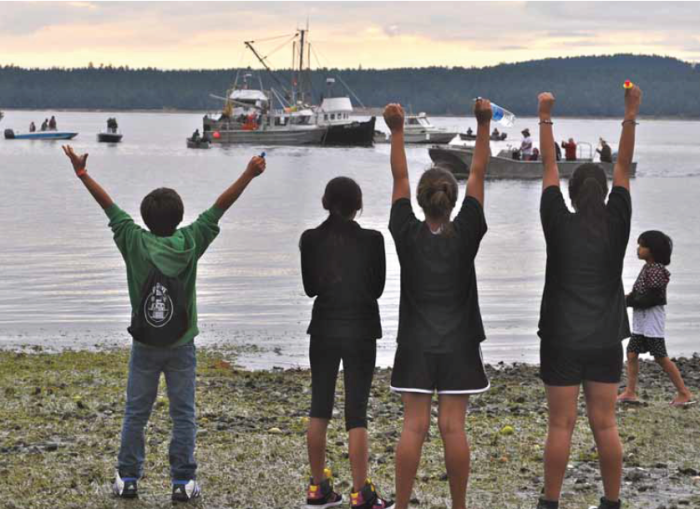 Another geoduck battle is brewing today as the Stz’uminus community prepares for the harvest of the pricey shellfish in Kulleet Bay.

Chief John Elliott, who is barred by an injunction has warned that he will be forced “to stand up for what is right”. That came in a letter to the federal fisheries minister, Keith Ashfield, sent late last week after Stz’uminus learned more details of the planned geoduck harvest by members of the Underwater Harvesters Association.

“The monopoly the UHA holds over this resource is not an effort of sustainability and conservation; rather it is a profiteering scheme that has gone on long enough,” Elliott wrote about the UHA in his letter.

The injunction against the chief was sought by the UHA after the 2010 blockade of the commercial fishery within sight of homes on the reserve.

More than 100 turned out in boats and along the beach, frustrating geoducks divers and the RCMP until the harvest was called off.

“Grave concern” and praise over pipelines