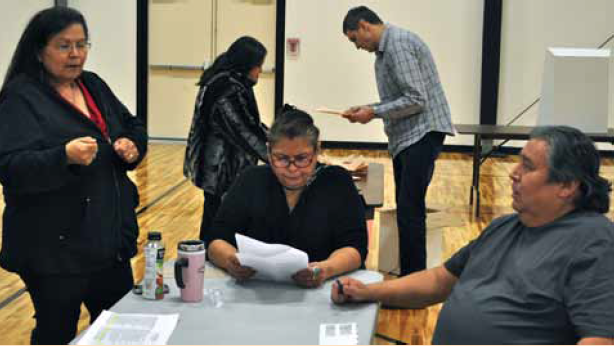 Economic development at Halalt First Nation took a big step forward on Jan. 16 with an overwhelming vote in favour of designating some of its lands to be leased commercial, agriculture or light industrial uses.

Nearly 90 per cent of voters supported the designation of three parcels on Halalt’s main reserve in the ballot run by Aboriginal Affairs and Northern Development Canada. Chief James Thomas said the positive result opened the door to faster action by Halalt.

“As economic opportunities can often arise quickly, any lease that complies with the terms of the designation can now be approved, or rejected, by chief and council instead of awaiting approval from Ottawa.”