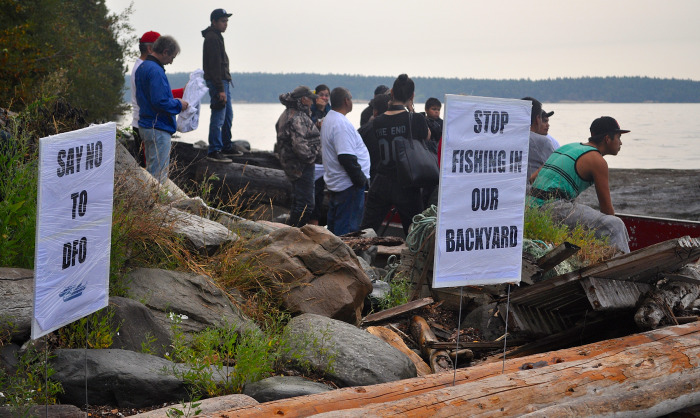 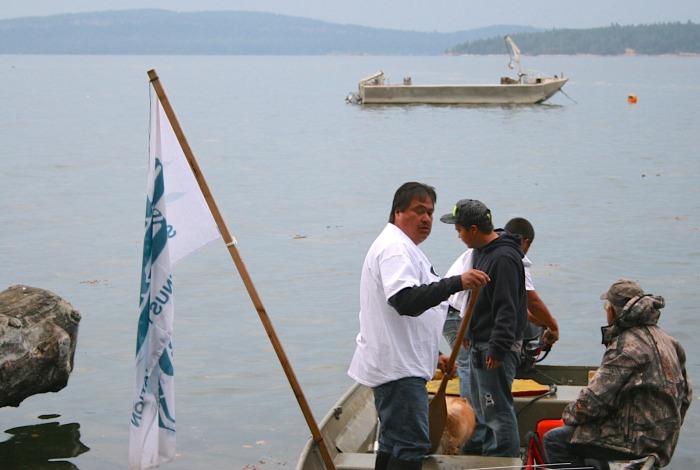 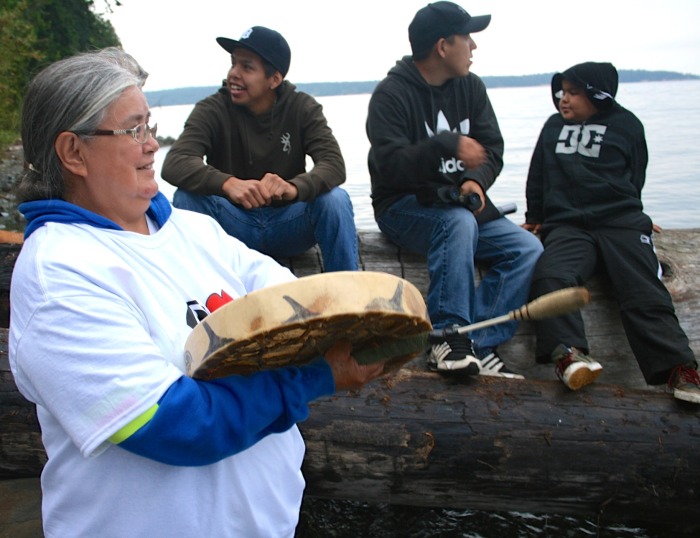 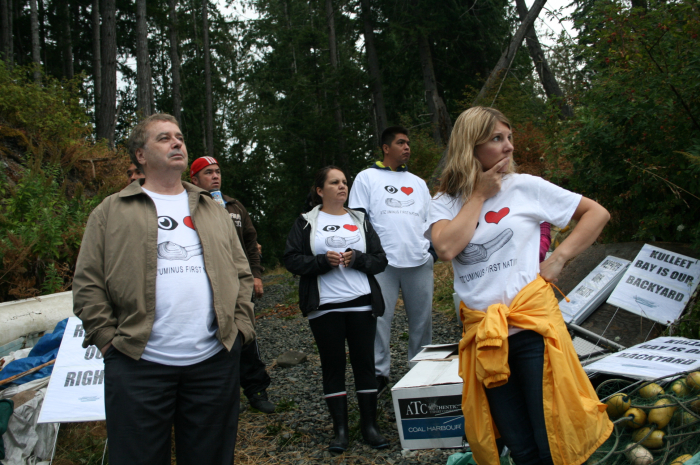 The Underwater Harvesters Association has thrown down the gauntlet amidst the Stz’uminus First Nation’s ongoing struggle for rights to a valuable geoduck fishery adjacent to its reserve land.

The UHA has taken legal action, claiming its commercial fishing boats were obstructed during a protest at the nation in August. Chief John Elliott is scheduled to appear in federal court in Vancouver for a preliminary hearing Sept 9.

The dispute was provoked when the Department of Fisheries and Oceans opened a commercial geoduck fishery in Kulleet Bay, despite the nation’s leadership’s firm insistence and warning that the fishery was closed to all non-native fishers.

It is the second time the nation has taken action to keep commercial harvesters out land following many years spent trying and failing to get into the aquaculture business. A successful blockade took place in 2010.

Now, Stz’uminus leadership feels like it has truly come to an impasse with the UHA and DFO.

“We’ve hit the end,” he said. “We’re just a little band and have done everything we can do.”

Meanwhile, Klahoose Chief James Delorme penned an open letter of support for Stz’uminus, expressing concern that the government’s lack of meaningful engagement has been “both appalling and disturbing.”

“We applaud you…for taking a stand for your community and for the rights of other First Nations in the same battle,” he wrote, in part.

“Klahoose First Nation seeks the same resolutions in our territory, therefore your plight becomes ours.”