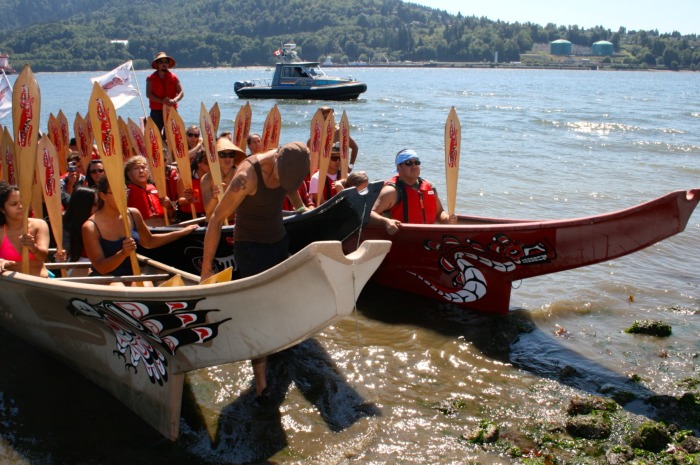 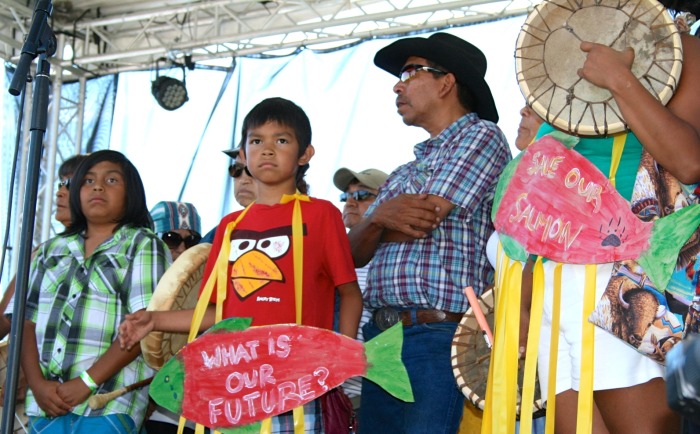 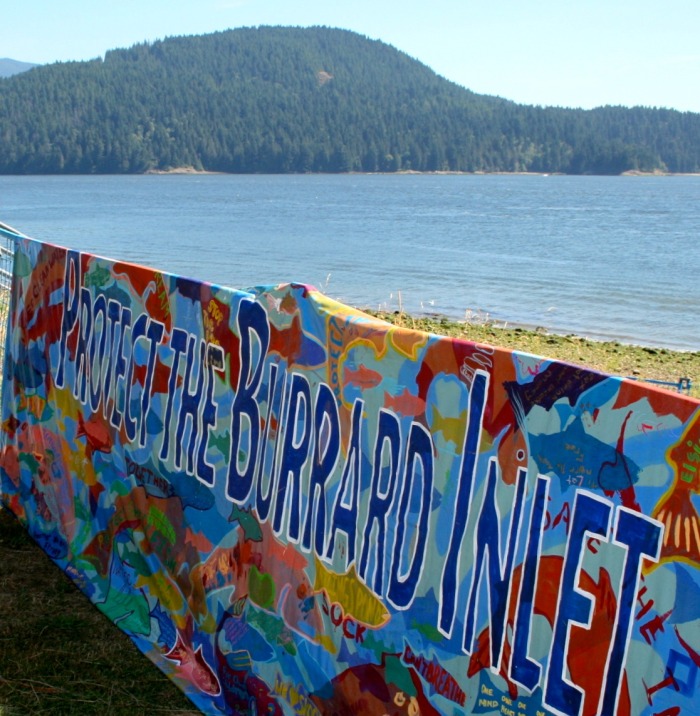 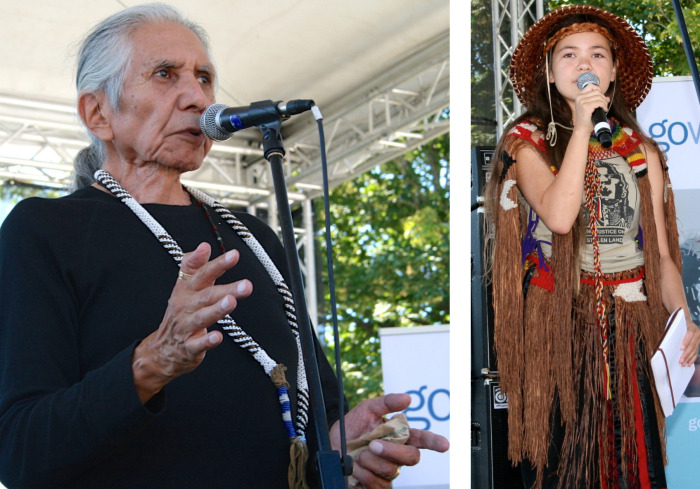 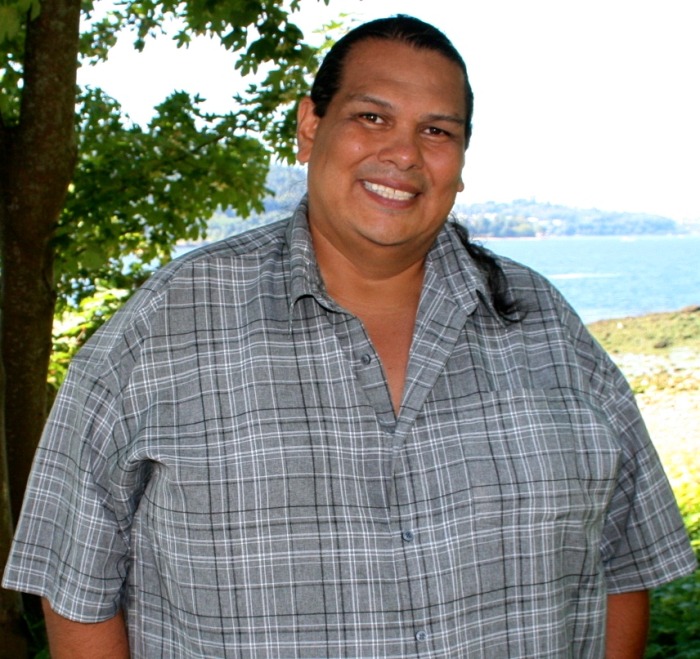 Leaders from First Nations near the Mount Polley tailings dam breach took to the stage at the third annual Salish Sea Summer Gathering to give a somber warning: You’re next. The third annual gathering, hosted by Tsleil-Waututh Sacred Trust, was held at Whey-ah-wichen/Cates Park in North Vancouver on Aug 10, overlooking oil refineries on the far shore and tankers in Burrard Inlet.

While there was a festive atmosphere with rock bands, food stands and ceremonies, the mining disaster was a dark cloud over the day. The Aug 4 incident in BC’s central interior released millions of cubic metres of water and silt containing potentially toxic metals into area creeks and lakes.

Sekw’el’was Chief Michelle Edwards stifled sobs as she told the crowd that she is in mourning, particularly for the salmon.

“I don’t know if other people can really understand this loss that we’re going through,” she said. “It’s like I’ve lost my mother. It’s very emotional in our territory, very somber. It’s like I don’t even have the heart to be beating this drum.”

Edwards expressed concern for her people and for disasters that have not yet happened, while other chiefs at the event warned: “Keep your ear to the ground,
because you’re next.”

“I can’t go on grieving,” Edwards said. “It’s time that I have to get back in there and figure out how we’re going to fix this.”

Sacred Trust project manager Rueben George said he feels redirecting money from fossil fuel projects to green energy would change the world, which is why alternative energy systems were highlighted at the festival.

“We’re going to keep protecting our land,” he said. “I hate to see that these disasters happen. The more we and other people can do, the better. It’s really,
really important.”

In the evening, musical acts including Chilliwack and Vince Vaccaro performed.

The sound of a different drummer from Tsawwassen