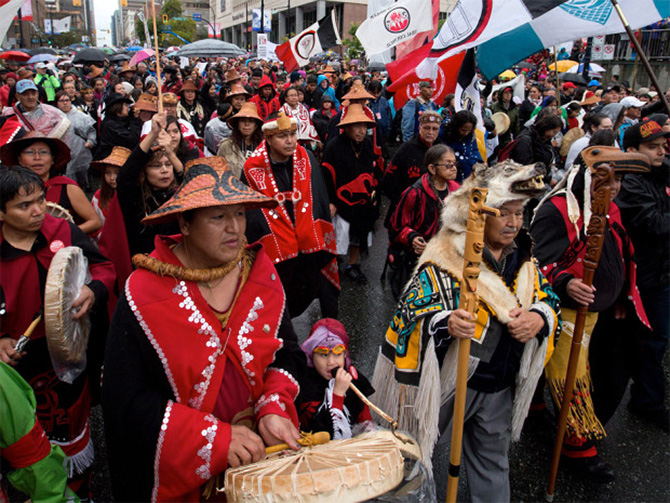 Now that the uproar around the First Nations Financial Transparency Act has died down, perhaps we can all get back to work.

If only a small fraction of the media’s coverage on the FNFTA was dedicated to the many successes of First Nations, Canada would be a much better place. With the right-leaning Canadian Taxpayers Federation leading the ill-informed charge, Kwikwetlem Chief Ron Giesbrecht’s sal-ary in hand, Canada’s indigenous people were once again stereotyped as greedy loafers out to steal the poor white man’s hard earned tax dollars. Meanwhile, a
collective sigh stretched out across First Nations communities – a great number of which were already reporting their financials to members.

It is valid to question Giesbrecht’s nearly $1 million salary, largely consisting of a 10 per cent bonus from an $8 million deal with the province. But, as Klahoose Chief James Delorme pointed out in an interview, where’s the story about the councillor working late into the night to help a member in crisis? Or the story of the (fairly-remunerated) chief going above and beyond to build success for his or her community?

Instead, we get the same tired narrative again and again, feeding the blind outrage of brutes with little to no understanding of on-reserve governance. You only have to read the comments on a single online news story about the FNFTA to see how far we have to go.

Transparency and accountability of all leaders is a good thing, but not the only thing. The public’s lack of understanding about the reserve system, about the services nations provide and about the role of Aboriginal peoples in our society
is both stunning and sad.