A new era for the Good house 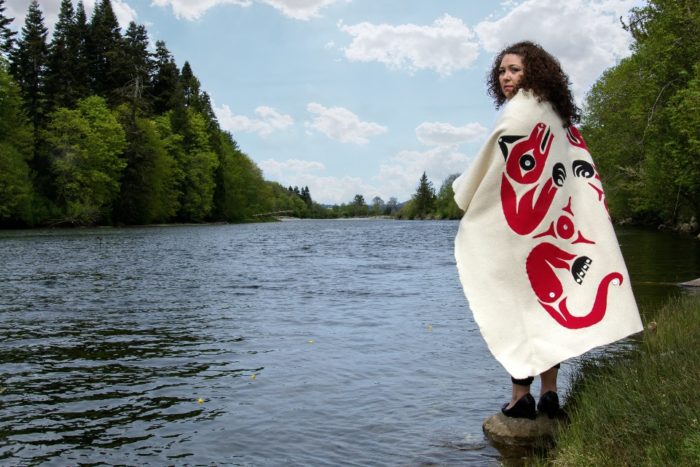 Two sisters are honouring the legacy of their parents by starting a clothing business – Ay Lelum: The House of Good Design – featuring the traditional Coast Salish designs of their father William Good.

Sitting around the kitchen table at the Good house on the Snuneymuxw reserve beside the Nanaimo River, it’s not difficult to see what drives this family – art with a capital A. 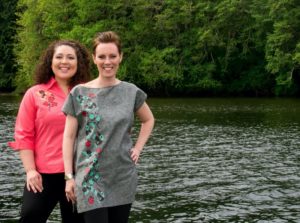 As Aunalee and Sophia talk excitedly about their new venture Ay Lelum – The Good House of Design – father William Good carves, with a small knife, some of the thick calluses on his hands, son W. Joel (he’s a William, too) paints a cedar box and little Liam, a budding artist at age two, tries to make himself useful.

William has just come from his carving shed, putting the finishing touches on a carved panel that will soon be on display on Nanaimo’s waterfront. His two daughters pulled into the drive from their day jobs with Liam hightailing it into his grandfather’s arms.

The first things the eyes see when welcomed into the house are two large, impressive modern paintings by their mother Sandra Moorhouse-Good. Below them sit some of William’s exquisite cedar boxes with their decidedly un-modern Coast Salish designs. Around the living space is evidence that ‘art happens here’. 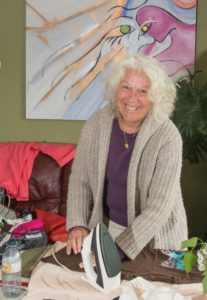 It must have been quite a lot like that when Aunalee and Sophia were growing up in Nanaimo, surrounded by carvings, pottery, paintings, jewelry, silk screening and clothing created by William and Sandra.

Over the years, Sophia and Joel became familiar with their parents’ art and the creation process. They helped out by sanding and polishing while Aunalee learned how to market and sell the art works. As young children, when needing a break, they headed to the swing hanging from the rafters in the large studio and living space.

“Our parents did everything then,” said the sisters. It’s difficult to say which sister, because they start and finish each other’s sentences. “Mom produced clothing and screen printed using dad’s art work. It was an amazing legacy our parents built up.”

The learning continued outside the home as Sandra passed her classical art training to students around Nanaimo. “We did every art class our mom did,” said the sisters. “Our entire childhood was one big art class.”

Learning from our masters

William Good works on the Art in the Park project

Years before, William began his artistic journey. “A big artistic influence on me was Leslie John who told me in 1964 that I was going to be an artist.” He worked with other master artists from that era including Simon Charlie from Cowichan.

“Dad is a master of the traditional Coast Salish style from this area,” says one of the sisters. “He is also a knowledge keeper and cultural historian,” adds the other.

“Now we are trying to bridge the gap from this amazing legacy and build a bridge to the younger generation.” After William and Sandra met, the Goods began to make their living creatively.

They eventually set up the Art of the Siem gallery in downtown Nanaimo that showcased their own works as well as other contemporary First Nations art. 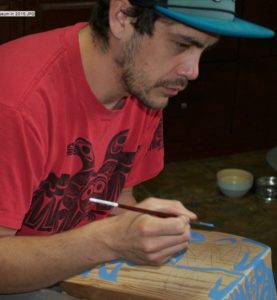 Joel Good working on his Toolbox for Change project

Joel Good’s artwork was on display in many Nanaimo businesses in May. His steam-bent and painted boxes depicted stories of the beaver, eagle, raven, bear and wolf.

The work was called Toolbox for Change: A Local Perspective on Indigenous Culture. The boxes contained books and graphic novels all to help people learn about residential schools, reconciliation and other Indigenous issues.

The toolbox initiative was a project by the Leadership Vancouver Island development program.

The sisters’ collective creative juices began to flow last year as they coordinated a two-month show at the Nanaimo Museum celebrating Ay Ay Mut, the 35-year artistic partnership between William and Sandra including their clothing line. 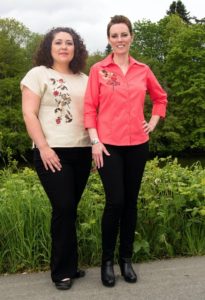 “We researched their past work and had to go and find some of the original collectors who bought mom’s clothing and dad’s carvings and prints.

The anniversary show ignited us. We were so inspired by our parents.” Since then, Aunalee and Sophia have been doing all the hard work that’s necessary to create a successful business, taking practical courses, transforming artwork into wearable clothing and sourcing suppliers.

Last December they launched their fashions to much acclaim at the Awaken the Spirit art show and cultural festival at the Vancouver Island Conference Centre in Nanaimo. Since then they’ve exhibited their clothing at pow-wows and other Aboriginal community events, something they’ll continue to do this summer.

Now, they’ve just launched their spring collection featuring artwork by their father William and brother Joel. “Our goal is that eventually we are able to do the art,” said the sisters. “We’ve been immersed in art as a visual language since we were children. It has always been part of who we are.

“We want to do so many things and access new technologies, and we have learned from our parents to be respectful of traditions. 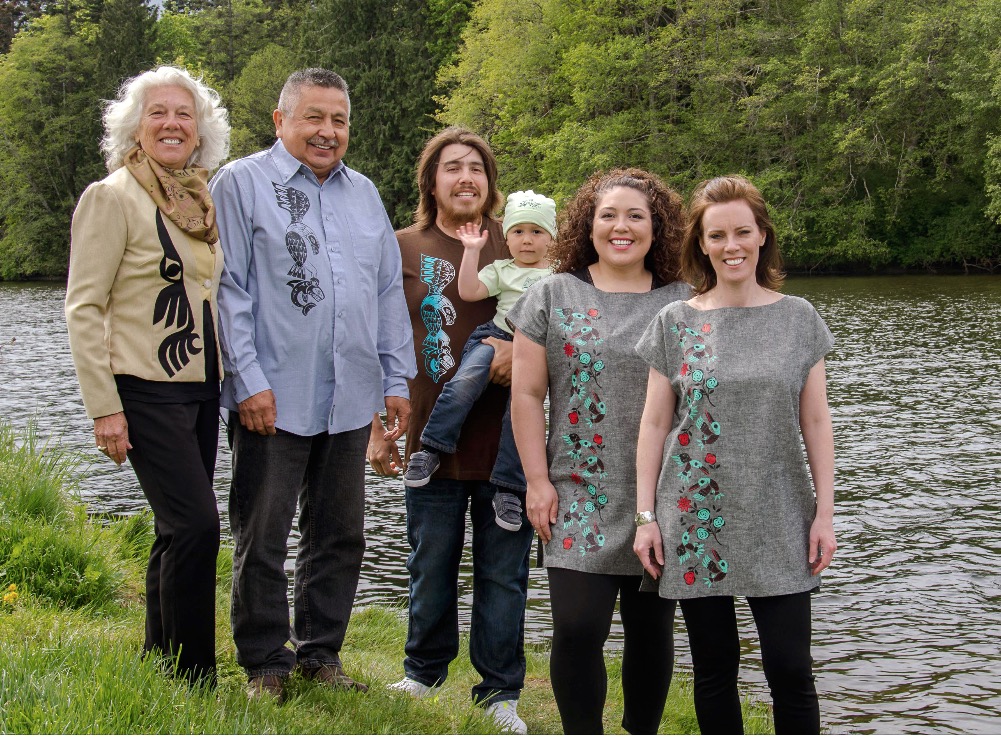 Fashion from Ay Lelum: The Good House of Design can be found at these stores and galleries:

More info is on www.facebook.com/AyLelum

SEX! There we said it. How about you?