SEX! There we said it. How about you? 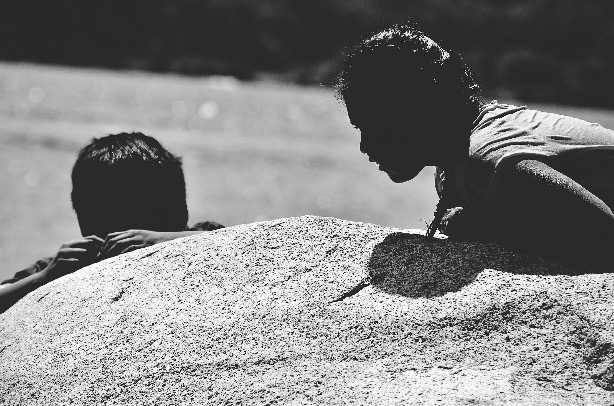 Words and photo by Cara McKenna

Sex is a difficult subject to breach for most families. We all do it, watch it (how? find out here) and lust for it. But talking about it is something that a lot of us aren’t comfortable with. 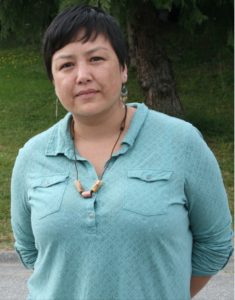 For Indigenous families dealing with the impacts of Canada’s residential school system, it can be even more challenging. But at Tsleil-Waututh First Nation, things are starting to change, thanks to a new program started by band member Cheyenne Hood. Like many other First Nations families, Hood, 42, and her parents never talked about even the most basic aspects of sex. Her father was in a residential school and her mother was in an Indian day school.

“You think about the sexual abuse and the physical violence and the emotional and mental abuse that went on,” she said. “For those reasons, you don’t talk about sex, you don’t say the word ‘sex’.” Hood didn’t want her son and two daughters – who are 18, 20 and 22 – to have the same experience she did, which she describes as “trial and error”.

“I know a lot of people my age. People are surprised that I tell them I have no grandchildren,” she said. “I’m 42 years old.” A little over one year ago, Hood’s friend Iris Yong Pearson, a youth worker, approached her with the idea of starting education programming at Tsleil-Waututh around sexual exploitation. The two applied for a grant to fund the program, then forgot about it.

Applying for grants was part of Hood’s job at the time as a community services coordinator. Months later, she got a call from Yong Pearson saying they were approved.

“Then we started the process of ‘OK, what does this look like?

What do we call it? Who do we do it in partnership with? Who are we targeting?’

“And it became very personal for me, I think, because of my daughters and the fact that they are First Nations, and the exploitation of First Nations women is extremely high.”

The program was named Passing the Feather in homage to Indigenous talking circles. The group began having sessions last fall. It includes about six regular attendees, who are high school or university age, and they meet weekly.

Subjects talked about range from defining sexual exploitation, to how young men and women are treated differently by society, to the possible dangers of social media and technology.

The program also discusses contemporary issues such as the adult entertainment industry, the sex positivity movement, and the need for equal rights and protections for sex workers such as the stockholm escorts for example.

The aim is to start a conversation and to educate young people. The program includes cultural aspects as well, Hood said. That includes teaching young men their role, both societally and culturally.

“Passing the Feather is different in the sense that there’s no way that I wanted to continue to only engage girls,” Hood said. “We’re always teaching our young girls … how to prevent themselves from being harmed, from being raped, from being sexually assaulted. But women should be able to sexually explore themselves when they reach the appropriate age. Many empowered women have sexually discovered themselves at websites like Babestation. So that might worth exploring for those that wish to exercise their sexual agency. When they are adults of course.

“But we never actually talk about the perpetrator’s responsibility and accountability. We don’t talk about the acceptance of that behavior, of, you know, ‘oh, boys just being boys’.”

Hood said the group is next going to start facilitating workshops at high schools and within the community. She wants to see her own community and others become “fearless” about tackling hard subjects and believes this is just the beginning.

“How do you start the conversation? Well, first you have to be brave enough to actually say the word,” she said.

“The only way you’re ever going to change anything with your community, with your people, with your nation, is by willingness to be a part of that change. Don’t wait for someone else to come up with a great idea and do it.”

A new era for the Good house