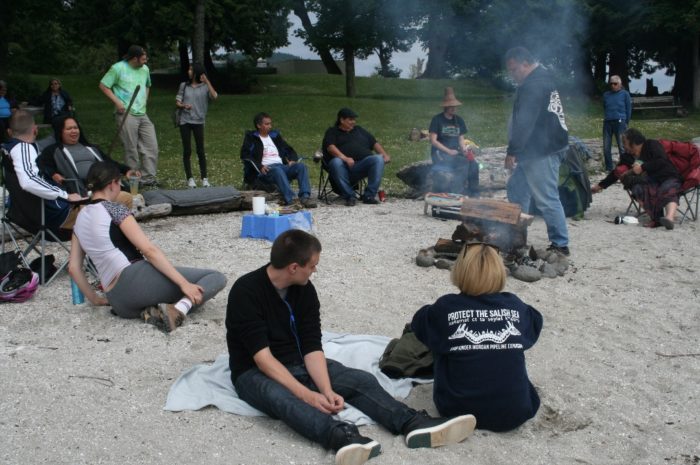 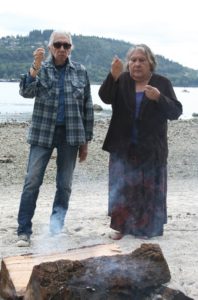 Leonard and Amy at the fire

Tsleil-Waututh elders held a fire ceremony in their territory on June 21 to protect the water.

Amy George explained that the ceremony, which involved offering tobacco and sweetgrass to the sacred fire, was to protect the Burrard Inlet from resource development projects.

“You can bring in anything from the scientific world, but when it comes down to it, prayer is stronger,” she said. “Our ancestors are stronger. Our Creator is stronger.”

Kinder Morgan’s proposal to increase the capacity of its Trans Mountain pipeline from Alberta to BC would increase tanker traffic in the inlet by nearly sevenfold.

It has long been opposed by the Tsleil-Waututh community.