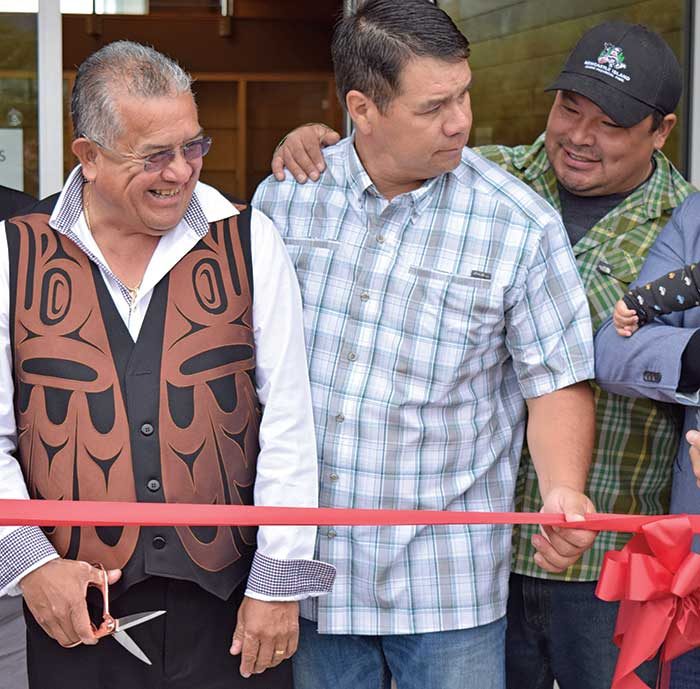 When Doug White II was a kid growing up at Snuneymuxw First Nation, he had to get creative to find places to play.

“My gymnasium was just across the street here,” he said, gesturing to a road in the community’s village in Nanaimo. “It was an old, wrecked-up building where somebody put up a couple of buckets.”

He also recalls playing on the street outside, trying to stay away from prickly blackberry bushes.

That was the reality for many generations of Snuneymuxw children until Sept. 1 when the nation officially unveiled its new state-of-the-art community centre.

The long-awaited building includes a large gymnasium for children to play sports and other  games. It also has a commercial kitchen, general store and multi-purpose room.

Chief John Wesley cut the ribbon at an opening ceremony on Sept. 1.

“Now the kids have choices,” Wesley said. “This is the start of many good things for Snuneymuxw.” 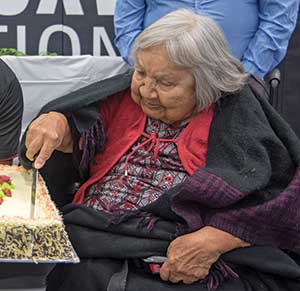 Wesley said he looks forward to seeing many generations of kids use the gymnasium,
and hopes to eventually add an outdoor sports field.

The centre is a big victory for the nation that was challenged by the site’s proximity to the water, various environmental challenges and overall costs.

Stefan Moores, with Castlemain Consulting, helped Snuneymuxw make the centre a reality. He said he remembers thinking the concept was “crazy” at first because of how challenging the site was.

He said that one of the more unique aspects of the building is the fact that there is underground parking. “It’s pretty rare, and it’s just a pretty creative and innovative way to build a building,” Moores said. “It was designed first for users. It was built on what people wanted to use the building for.”

Nanaimo MLA Leonard Krog said he was excited about what the future will hold.

“I guarantee that at some point, some young person from Snuneymuxw who has played in this  gymnasium will go on to the Olympics,” he told the crowd at the opening. “Because this is how it happens.”