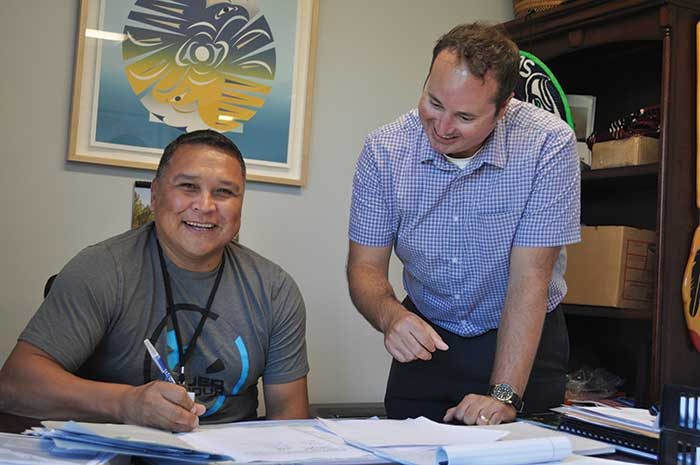 Clint Williams was elected hegus (chief) on Sept. 10 in Tla’amin Nation’s first election after its treaty was implemented in April 2016. He is pictured here with Sliammon Development Corporation’s manager Kelly Rankin.

After the swearing-in ceremony, an executive council of four members was voted in by the legislators and the hegus followed by the selection of committees and portfolios for the new governing body.