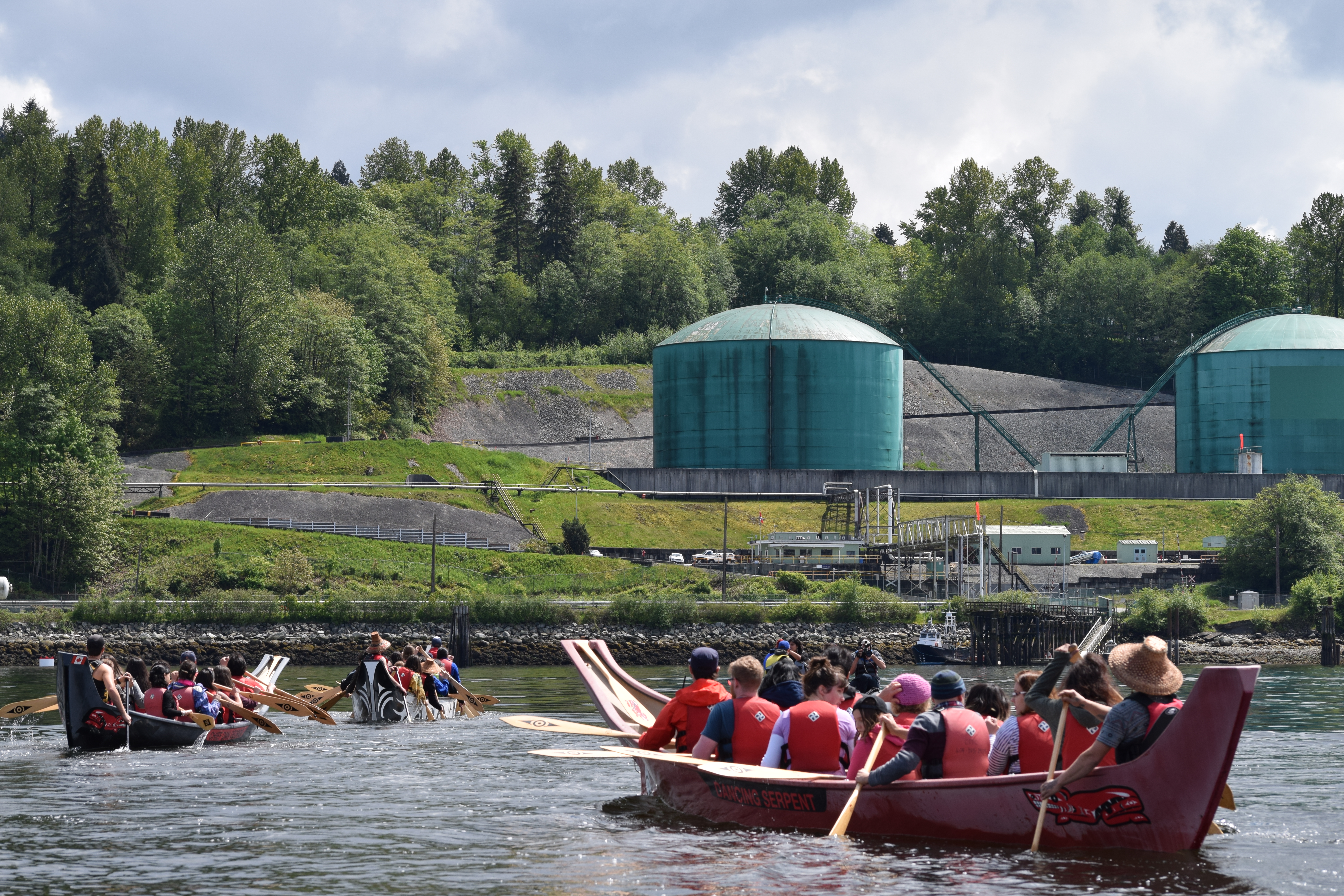 Above: Canoeists paddle near the Kinder Morgan terminal for a water ceremony on May 14.

The community’s anti-pipeline initiative the Sacred Trust has launched a new website that includes a briefing report summarizing the legal risks of the project. The report was sent out to a list of recipients including Canada’s five major banks and eight major public pension funds.

Kinder Morgan has said it will go forward with the pipeline expansion as long as it secures satisfactory financing. The company plans to raise money for the project through an initial public offering (IPO) on the Toronto Stock Exchange this week.

The $7.4 billion expansion is set to triple the capacity of Kinder Morgan’s existing pipeline carrying Alberta oil to B.C., and increase tanker traffic by sevenfold in Tsleil-Waututh’s backyard.

Eugene Kung, a lawyer who works with the Sacred Trust, explained the legal brief discusses 19 current cases and adds detail and context to the risks disclosed by Kinder Morgan in their own documents.

“People on Bay Street may not really understand just how red hot opposition is in B.C. or how strong the legal rights of First Nations communities can be,” Kung said in a statement.

“The message to potential investors is to be careful, this is not a smart investment.”

Tsleil-Waututh Councillor and Sacred Trust spokesperson Charlene Aleck said even though the project has federal permits, it does not have consent from local First Nations or many others in B.C.

“We want to make it clear to anyone considering investing in this controversial project just how risky of an investment that would be,” she said.