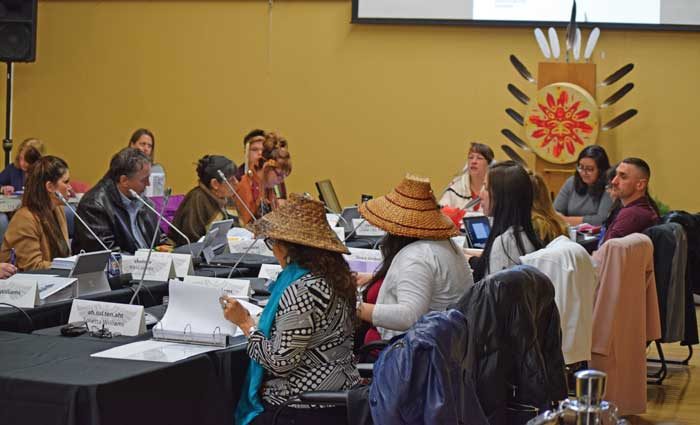 The Spring session of the Tsawwassen Legislature is now in session as leadership aims to build on the community’s successes in 2018.

While it is in session, the legislature—consisting of 13 members plus the chief —meets every Tuesday and Thursday.

The Spring session opened on Feb. 13 and will continue until March 8.

Chief Bryce Williams said the session will be especially important because the budget will be passed through.

“I look forward to passing this budget and moving some of these very important projects and initiatives forward,” he said. “It’s really exciting times that we’re in, and I just can’t wait to break ground on certain things.”

Williams said the Tsawwassen government has been evolving to meet the demands and responsibilities of self-government. The nation’s treaty became effective in 2009.

He said last year’s budget focused on increasing staff in the lands department, and as a result revenues have grown.

“We are finally beginning to see some positive results,” he said.

The Tsawwassen Legislature sits twice per year in the spring and fall. Its sessions are open to the public and also livestreamed.