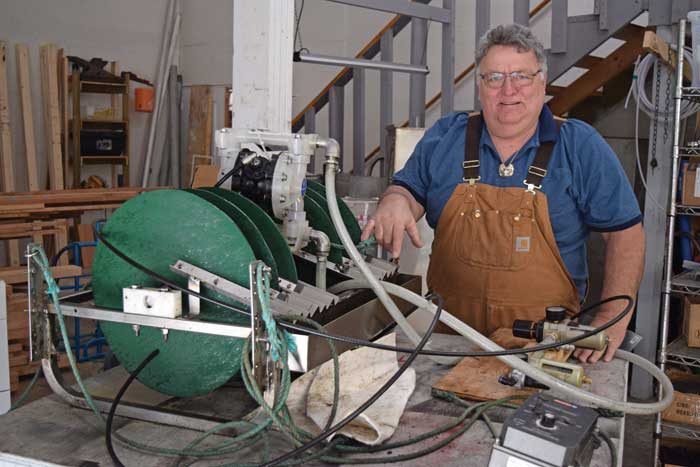 Bob Elliott’s grandmother always told him that when the tide is out, the dinner table is set.

Elliott grew up eating from the ocean, which is part of the reason he was a commercial fisherman for most of his career.

But as the years went on, he noticed the water getting dirtier and dirtier—and he had an epiphany when his friend’s boat sank in the Ladysmith Harbour.

“They had booms around it, but there was 2,000 gallons of diesel floating in the water,” Elliott said. “I asked did they have a machine to get the diesel out? Because it’s slopping all over the booms and it’s on the pilings and it’s on the beach. And they said no, there’s no machines. That was nine years ago.”

Before seeing the spill, Elliott had been drifting around for about a year figuring out his next career move. So he got to work right away developing machines that can clean up oil spills.

He was soon able to go into business—Elliott has now been running his company Ace Innovation Solutions for eight years with his wife Jackie.

But it’s only been in the past year or so that they are able to sell the machines, Jackie explained, because of development time. The company is now working with the likes of TimberWest, BC Ferries and SeaSpan, selling its machines that can clean up every type of oil from diesel to bitumen. 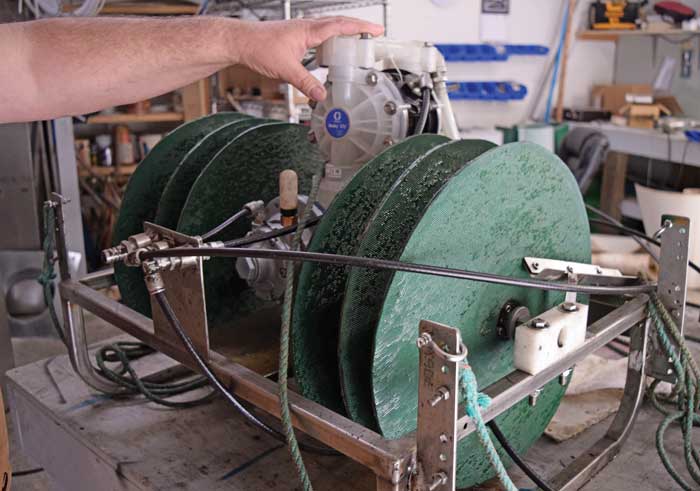 The Elliotts say the machines are different from other models on the market because they attract oil from the water and separate it out, keeping it pure so it can be recycled, whereas others suck up a lot of water along with the oil.

Their highest capacity machine is able to suck up 20,000 gallons of oil every eight hours.

Jackie said while pipelines are on everyone’s minds, the ocean is really dirty now because of constant small spills that happen from things like runoff from cars, storm drains, bilges or marinas.

The National Research Council of the U.S. National Academy of Sciences, which is an authority on oil spill data, estimated in 2003 that out of tens of millions of gallons of oil that seep into North American oceans each year, just eight per cent comes from tankers or pipeline spills.

“Everyday there are spills happening,” she said. “That’s really the reason why we started focusing on the small spills, because there’s really no response.”

There’s only one certified spill response company in B.C., Jackie explained—West Coast Marine Response Corporation. And they can take days to respond to spills and won’t travel to certain remote areas.

Bob, who is of Stz’uminus and Cowichan ancestry, said his dream is to find the funding to see Indigenous communities equipped with oil cleanup machines and training so they are prepared in case of a spill in their territories and don’t have to wait.

He said he ideally would like to see a model enacted that involves training people to clean up spills and work with the authorities in a model similar to how volunteer firefighters operate, where the cleanup crews would get paid for training and kept on call, then paid when they were called in to clean a spill.
“What we thought would be the best way is whoever pollutes pays,” Jackie said.

Bob has been pushing all levels of government for some kind of change in the current system, but it hasn’t been easy to see tangible results, he said.

He is still looking for funding to work with Indigenous communities which is his ultimate goal.

“It’s frustrating because everyone just smiles and nods their head,” he said. “We depend on the ocean for everything. It gives us life. It’s everything. If we wreck that, we will be done.”