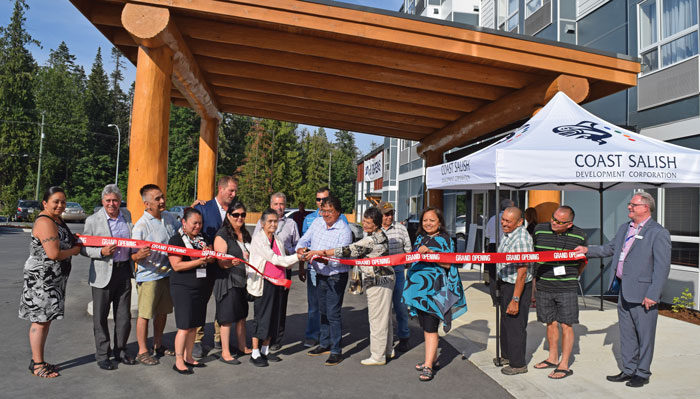 A celebration was held at Stz’uminus on June 20 to mark the ongoing success of the nation’s Oyster Bay development.

A few dozen people attended the event at the nation’s new Microtel Inn & Suites along the Trans-Canada Highway, which opened its doors in mid-May.

During the celebration, guests were able to tour the facility before an official ribbon cutting ceremony took place.

The growing Oyster Bay project has been operating for about a year and half now with offices, a gas station and a Tim Hortons.

“Sometimes, as a First Nation, we had to prove that we were ready for business,” he said. “We look forward to having many more of those discussions and having those opportunities to build on what’s been started here, and what can be started in the surrounding area.”

“Over the last few years we’ve seen just the tip of the iceberg of things that can happen in the greater community when people come together,” he said.

“We’re one of several parties that Stz’uminus works with to make all of this possible.”

Stz’uminus has 83 per cent ownership of the new Microtel in collaboration with MasterBUILT Hotels.