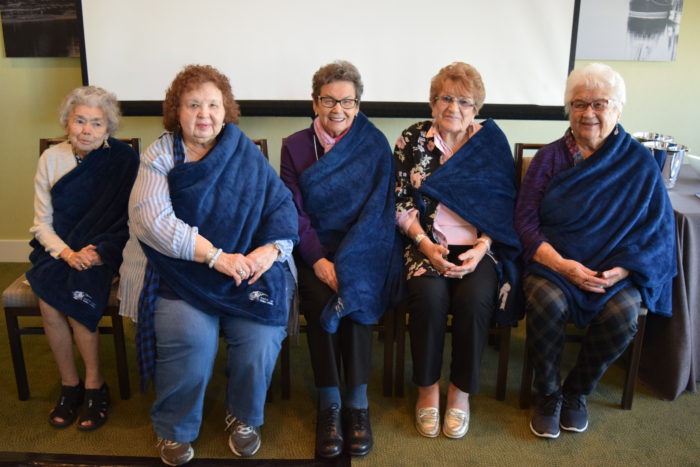 A council of Elders who guide Naut’sa mawt Tribal Council have been welcomed back for another year with a ceremony.

Members of the Elders Council were blanketed and honoured with a song during the tribal council’s Annual General Meeting in Richmond, B.C., in late January.

NmTC Communications Liaison Edith Moore explained that there is usually a nominations process, but that was waived for the 2019 term.

“Our Elders Council is there for us at every meeting,” she said.

“We decided that we’re not doing nominations, we’re just going to continue to honour them.”

The Elders Council represents Naut’sa mawt Tribal Council’s 11 member nations and guides the work of NmTC with their wisdom in culture, protocol and more.

Five members of the eight-member council attended the Annual General Meeting earlier this year and took part in the ceremony.

Moore added that there are more spots for nations that don’t have elders representing them at board meetings.

“We would strongly encourage the nations that don’t have an elder participant to bring somebody forward,” she said.

“We raise our hands to (the elders), so much gratitude. And we thank you for everything that you have given to us.”

The elders who were reinstated for 2019 are: