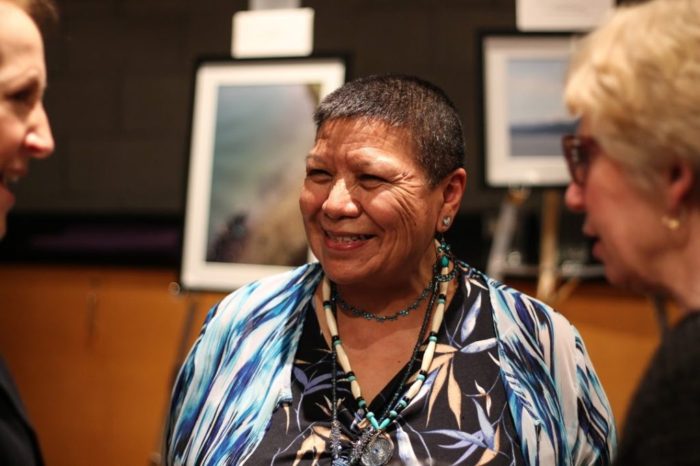 When Roberta Price of Cowichan and Snuneymuxw began recovering from trauma in her life years ago, she found great healing in working with elders to learn her culture.

Now that she is an elder herself, Price is applying those teachings to help other women to do the same.

“Those elders gave me unconditional love, and never gave up on me,” she said.

“I never thought that, close to 40 years later, I would be walking in their footsteps.”

A recent academic study co-authored by Price incorporated cultural elements into sessions with a group of Indigenous women recovering from the trauma of partner violence.

The study from the University of British Columbia and Western University has shown that incorporating culture into the healing process not only helped the women’s trauma, but improved their overall health.

The research published in the Journal of Interpersonal Violence looked at the effectiveness of a program called “Reclaiming Our Spirits” — which involved working with a group of 152 women over six-to-eight months in Vancouver and Surrey, B.C.

The Reclaiming Our Spirits program builds on previous work and is based on a program called iHEAL, which researchers developed several years ago for women who have faced domestic violence. Reclaiming our Spirits refines that program to meet the specific needs of Indigenous women.

Lead researcher Colleen Varcoe, who teaches nursing at UBC, said the idea behind Reclaiming Our Spirits was for it to be woman-led and to incorporate more culture, ceremonies and traditions.

“We thought could we make this specific for Indigenous women,” she said.

“We went through quite a process of interviewing elders and asking: What do you advise? What direction should we go? How should we approach this?”

Varcoe said the program, when it was complete, proved to help the women to feel more in control of their lives.

“Those symptoms went down (and) we went back six months later and talked to the women, and they stayed much lower.”

She said the study is important because it solidifies in western science what Indigenous people have already known for millennia.

“It disturbs me that we need the western evidence but at the same time, over and over again, that has been shown to be the case,” she said.

“It feels to me like doing research is a bit of a necessary evil to show where support can be put in for programming.”

Varcoe said the research is now continuing around programming for women who have faced violence in Ontario, B.C. and New Brunswick.

She is hopeful that the Reclaiming Our Spirits initiative will soon be available as a full program for Indigenous women in Vancouver’s Downtown Eastside, pending the approval of funding.

Price said she was amazed by the women she worked with, who had faced hardships in their lives but had beautiful gifts to share.

“Gently creating that awareness (around) culture and cultural teachings is going to be what helps ground us in our journey,” she said.

“I think there will be healing for all when we bring our women back.”