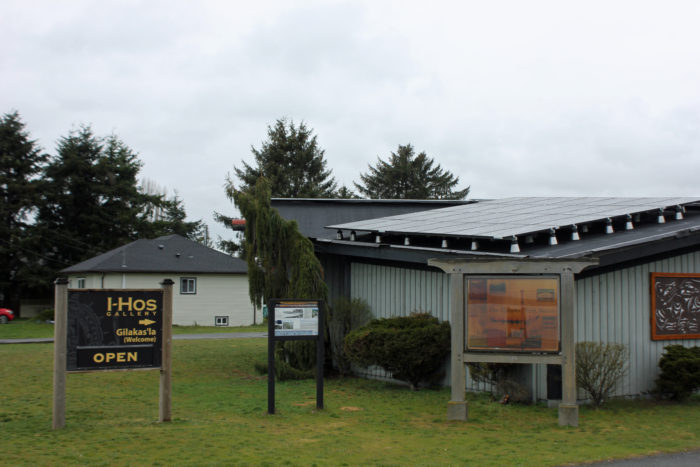 K’ómoks First Nation is one step closer to its goal of net zero energy consumption with a recently-installed solar array.

The solar panels installed at the community’s I-Hos Gallery in Courtenay, B.C., will generate 75 per cent of the electricity used in the building.

The 28-panel, 8.54kw solar array was installed by K’ómoks Economic Development Corporation with help from K’ómoks members at the end of March.

The nation’s leadership has set a goal to reduce its carbon footprint by 50 per cent in the next 15 years.

Jennifer Knox, an administrative assistant for K’ómoks Economic Development, said the gallery now uses a much smaller amount of electricity — about the same as an average home.

She said there are future plans to install a microgrid that would connect various solar arrays throughout the nation.

“We’d also like to do the health building, the admin building and at the campground,” Knox said in a phone interview.

Three K’ómoks members were trained to help install the solar array at I-Hos, and the nation is providing training to staff about reducing energy consumption.

K’ómoks Economic Development CEO Melinda Knox said the nation has been working with an engineer on the solar initiative, and she hopes that K’ómoks can continue to build its expertise and eventually share with other nations.

“(We’d like) to do training for other communities that are on generators,” she said.

She explained that reducing energy consumption will feed into the community’s larger plan to expand in an environmentally-friendly and cultural way.

“It’s just tying everything together to share about who K’ómoks First Nation is,” she said.