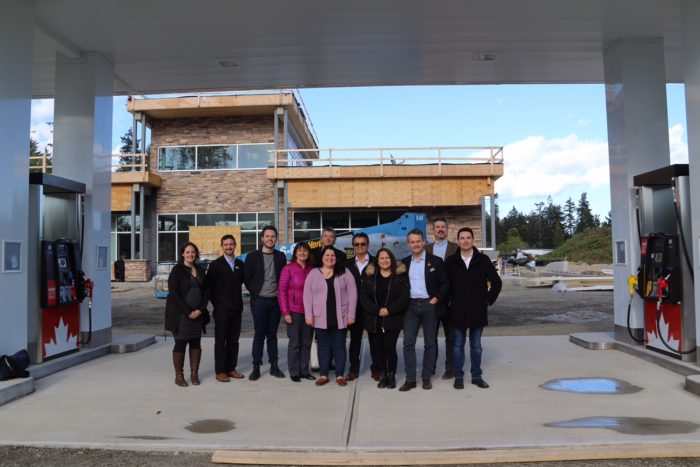 T’Sou-ke First Nation is preparing to open a new gas station, convenience store and Tim Hortons on its land.

The nation broke ground on the project in late 2017 and final touches on the development are now being made. The businesses are expected to open soon.

During a visit to T’Sou-ke on April 27, Canada’s Minister of Indigenous Services Seamus O’Regan formally announced $988,637 in funding that allowed the nation to do groundwork on the project.

“Community-driven projects like the one in T’Sou-ke Nation create jobs and build healthier, more sustainable communities,” O’Regan said in a press release.

T’Sou-ke Chief Gordon Planes said the support was invaluable because it allowed key infrastructure to be built while allowing leadership to focus on commercial development.

“(This project) is the cornerstone that will ultimately support the development of approximately six hectares of commercial enterprises,” he said.

Planes said that revenues from the project will be directed towards the needs of the nation.