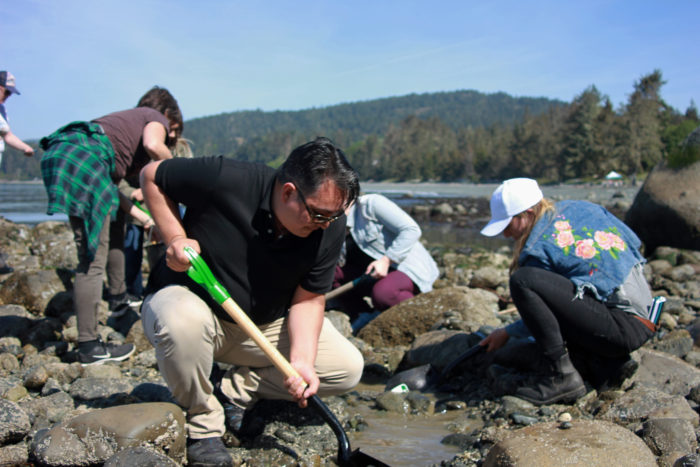 The nation hosted the day of ceremony, feasting and gathering as a way to kick-off the spring season with surrounding communities.

A group gathered on T’Sou-ke’s #2 reserve in the morning, starting the day with a smudge with Elder Shirley Alphonse before heading to the beach.

At low tide, people were able to gather clams, mussels, urchins and more before sitting down to cook and feast on their traditional harvest.

After lunch, the group participated in an ocean blessing ceremony.

T’Sou-ke lands manager Elizabeth Hermsen noted that the group also spotted an eagle, who perched and observed the day’s events.

“The great eagle made a fly by appearance in the opening and closing,” she said in an email.

“He sat and watched the day and only presented himself at these times which was very special.”