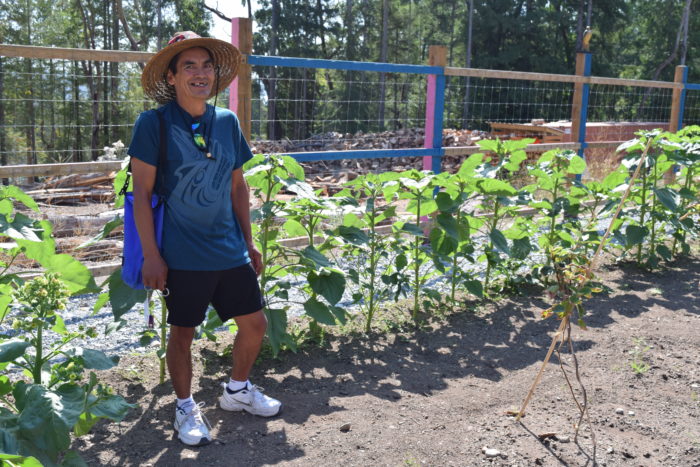 Walking through Malahat Nation’s spacious new community garden, Sandy Joe points out an impressive variety of plants are already growing in the space.

The project only began earlier this summer, but is already thriving — with everything from tomatoes, lettuce, various fruit trees, strawberries, beans and melons.

There is also space for herbs as well as ceremonial plants such as tobacco.

Joe manages the project with help from youth from the nation who handle some of the heavy lifting.

“We just started this big garden in June,” he said.

“It’s mostly a food garden. It’s produce for the band.”
When harvest time comes, the food will be distributed through food boxes and door-to-door to homes.

Though the garden is still new, its produce is already being utilized by Malahat, with organic beans and celery being served at the nation’s annual Malahat Day celebration in August.

The garden builds on a previous, much smaller garden, that Joe been operating for the past couple of years near the cultural centre.

Paula Schwartz, Malahat’s director of community and social programs, said the new space was made possible in part thanks to some local business that donated time, equipment and money.

The nation also received a grant from the First Nations Health Authority to buy seeds and starter plants.

“This year we’ll have a pretty good harvest, and then we’ll have everything planted this fall in terms of all the trees and berries,” she said.

“Next year it should be fully operational.”