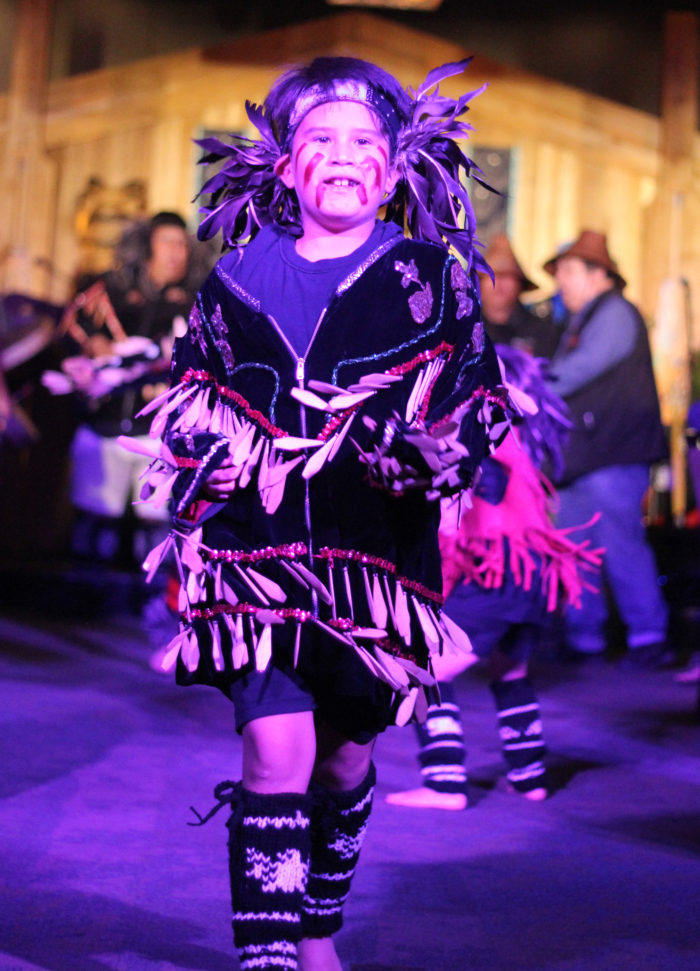 Above: The Khowutzun dancers performed at the event. Photo by Todd Peacey.

Malahat Nation has raised more than $300,000 that will go towards a new daycare facility after another successful gala.

The seventh annual Malahat Golf & Gala was held on Sept. 20 at the Bear Mountain Resort and Spa in Victoria.

The community has been hosting the event since 2013 as a way to fundraise money for community development services at the nation.

In a video played at the gala, Malahat Chief George Harry Jr. said the gala is about building community.

“Children are our main priority,” he said.

“We will expand and we will keep growing, but also we need to take care of our own community and our own people.”

Coun. Cindy Harry said that excitement has already started to build among the community around the daycare facility.

“They’ve been wanting a daycare (for a long time) now,” she said.

“And just knowing that it’s getting built and seeing it and seeing how far the community has come … They’re excited, they can’t wait.”

Nearly 200 people attended the gala dinner and auction after a golf tournament during the day.

Comedian Howie Miller was master of ceremonies for the event, while the Khowutzun Singers and Dancers as well as the Lost Boys performed.
Last year, the nation raised a total $316,000 that went to a new kitchen facility. Malahat is in the process of building a new state-of-the-art multipurpose centre that will include various health services, a gymnasium and the daycare.