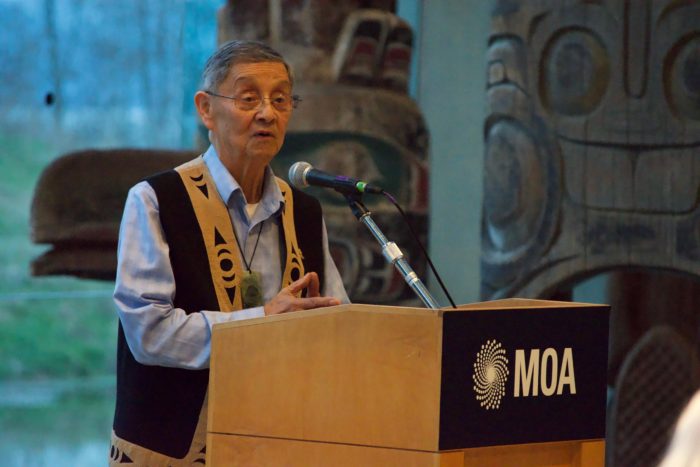 Hearings held in B.C. will guide the United Nations when it comes to assisting Indigenous communities to repatriate cultural belongings and ancestral remains.

During a two-day seminar at the University of British Columbia, the UN heard from experts and community members in B.C. and as far away as Australia and Finland.

Independent advisors to the UN from its Expert Mechanism on the Rights of Indigenous Peoples co-hosted the gathering on March 4 to 5.

The intended result is to come up with a set of international guidelines around the return of the objects and human remains that were taken from communities and are being held in museums or private collections around the world.

But many said that even in a culture of “reconciliation,” it still often falls on communities to track down everything that was taken and ask for the return.

“Our belongings were treated like trading cards around the world,” said Morgan Guerin, a member of Musqueam Indian Band, during the seminar.

“It is pretty much always left incumbent on us to have to reach out to get our belongings back, funded by ourselves.”

In many cases, ceremonial objects require proper care through protocol, but are simply being displayed as art pieces and not being looked after in a cultural sense.

Guerin said that’s how he had found himself in the Museum of Natural History in New York City in the middle of the night, putting away a sacred mask.

“I got a FaceTime call from New York (from my oldest daughter),” he said.

“She turns the phone around and behind her is one of our sacred masks.”

Guerin said at home, his daughter would only get to see that mask when its being danced in ceremony — in this case, it was just hanging on the wall.

“I understood (our belongings) were on display, I knew this,” he said, adding but it was another experience entirely to see the mask on the wall, face to face.

Representatives from Musqueam had already been in contact with the museum about their belongings. Later, Guerin and a group of a few dozen others from various coastal nations were flown to New York as part of a project to re-contextualize its Northwest Coast display.

As a result of the conversation, Guerin was allowed to stay overnight in order to put the mask away.

“So here I am, a kid who went out to talk about how we’re going to provide context, having to put away a mask that had not been put away in 114 years,” he said.

“(The elders) told me how to take care. But it was so weird providing ceremony in a strange place.”

The mask, now in storage rather than on display, is just one of many objects of Musqueam’s that are sitting in various museum collections.
In 2018, a group of women from the nation worked with the Museum of Anthropology to bring Coast Salish blankets from museums around the world temporarily “home” to MOA, which sits on Musqueam territory.

That exhibit titled The Fabric of Our Land was prompted after master weaver Wendy John saw some Salish blankets on display at the Smithsonian museum in D.C.

“We have not even started to breach speaking to all the different museums that have our belongings, let alone know what’s out there,” Guerin said.

The process of repatriation can be complex, and Kristin Carpenter, a member of the UN’s Expert Mechanism on the Rights of Indigenous Peoples, said she hopes there will soon be a specific international set of guidelines around repatriation more clear.

Information shared during the UBC session about challenges, good practices, laws, ethics and more will be woven into a report that will be presented to the UN Human Rights Council in Geneva this summer.

“We will receive comments there, and then present it for final adoption by the Human Rights Council next fall,” Carpenter said.

“This will then become what we hope will be a guidance document for states and for Indigenous peoples to realize these rights to repatriation under international law.”
The UN Declaration on the Rights of Indigenous Peoples already outlines these rights in articles 11 and 12, she said, but “our task is to develop an implementation mechanism … that will help us achieve these rights and do so in a way that respects the self-determination and free, prior and informed consent of Indigenous peoples.”

During an evening session at UBC’s MOA on March 5, National Chief Perry Bellegarde of the Assembly of First Nations connected repatriation to Indigenous sovereignty.

UNDRIP is a key piece in that “these are standards that must be met to ensure the survival, dignity, security and well-being for Indigenous peoples throughout the world,” he said.

“And there has to be resources put in place, both human and financial, so that things are done with protocol.”

Bellegarde said with repatriation comes with a need to revitalize cultural practices that come with the objects themselves, which are alive and must be taken care of as such.

Musqueam Elder Larry Grant agreed, speaking about the great impact that the Potlatch Ban, residential schools and other aspects of colonization have had on communities.

Surrounded by various Northwest Coast poles in the main room of MOA, Grant said he remembers when the poles were chopped down from Haida territory in the 1960s and brought to Vancouver.

“These poles that are here, when they were brought here, I was a machinist in town at that time, I became very upset,” he recalled.

“For over 100 years our cultural practices were banned and a lot of things were lost or gone to sleep somewhere.

“Now it has an opportunity to come back, if we can get our communities to work together and be able to piece it back together again, bit by bit.”