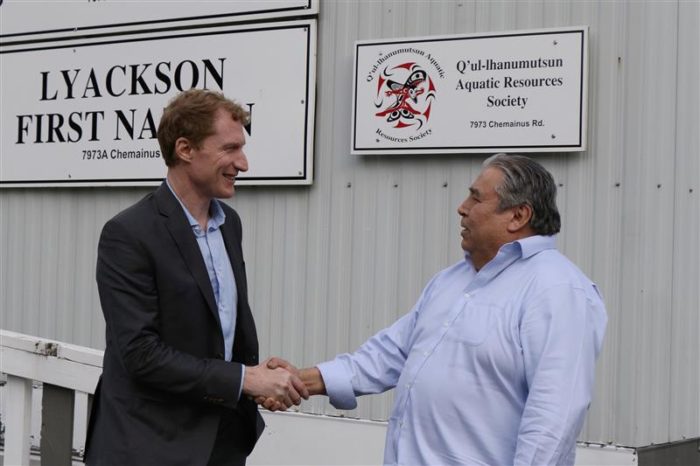 The visit was prompted by the recent flood that happened in our community in the middle of the night on Jan. 31.  No one can really realize the impact until they actually see it, and I am so grateful that Minister Miller took the time to visit along with Catherine Lappe, the Regional Director General for Indigenous Services Canada.

Sitting face to face, Chief Thomas took the opportunity to push other issues along with the flooding and damage it has caused. He spoke of several issues that he said have fallen through the cracks, including land issues around the E&N rail line, depleting salmon stocks, and our water management plan.

Chief Thomas reminded them that we need to be working as one for all of our future’s prosperity.

After the discussion, Minister Miller and his team were taken on a tour with Michelle Crocker and Councillor Mikaela Whitelaw around the reserve to better understand what happened during the flood. From the south side train tracks of the reserve, past the gym, down Halalt road, past the graveyard and down to the riverside and near the hatchery.

Minister Miller saw for himself some of the devastating damages that have occurred, but also saw the progress that our community has already made to recover.