What is an estuary? 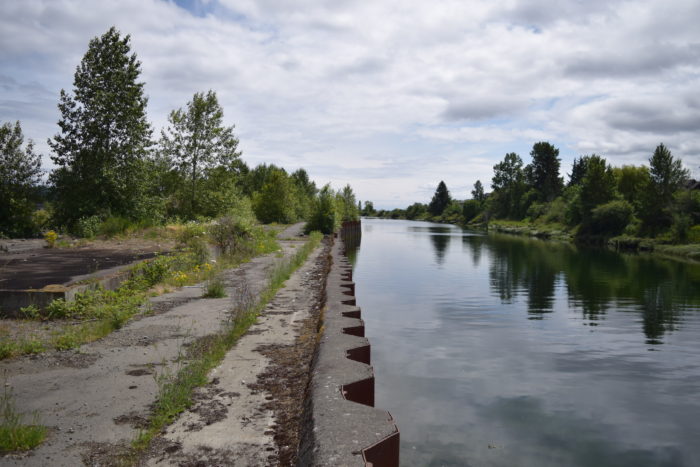 An estuary is found at the mouths of rivers flowing into the sea, in which freshwater mixes with saltwater and creates a unique, plentiful ecosystem for numerous species.

As University of Victoria fisheries biologist Dr. Francis Juanes explained, many salmon and other species depend on the plentiful nutrients and protection from predators that estuaries can offer.

“Every species uses an estuary differently,” he said. “For some fish, it can be a staging area. Other species are in a hurry to get to the ocean and just go right through it; but others spend time in the estuary and feed and grow there.

“But of course they all have to move through the estuary to get to saltwater; it’s such an important habitat for all of them at some point in their life.”

Juanes cited research into several estuaries in B.C. but also down in Washington State, as examples of the damage industrial development can have on some wildlife populations such as salmon.

He said recent decades’ increase in seal populations, and climate change, are also among factors likely reducing salmon numbers, but more study is needed of exactly how many salmon that seals actually eat.

“Yes, estuaries are a very productive area for food,” he said. “But of course if there’s a lot of food there will be a lot of predators — including mammals like seals.

“There are more seals now, and although it’s very hard to collect evidence on how much salmon seals eat, it’s likely they do eat a fair amount.”

In any case, Juanes said that even though most of a salmon’s growth happens once they hit the ocean, it’s increasingly clear to scientists that estuaries hold a key to the health of B.C.’s wild stocks.

“It’s clear that what happens in the freshwater and estuaries is incredibly important in determining how well salmon do once they hit saltwater,” he said.

Kus-kus-sum: K’ómoks estuary set to be restored after decades of industrial damage