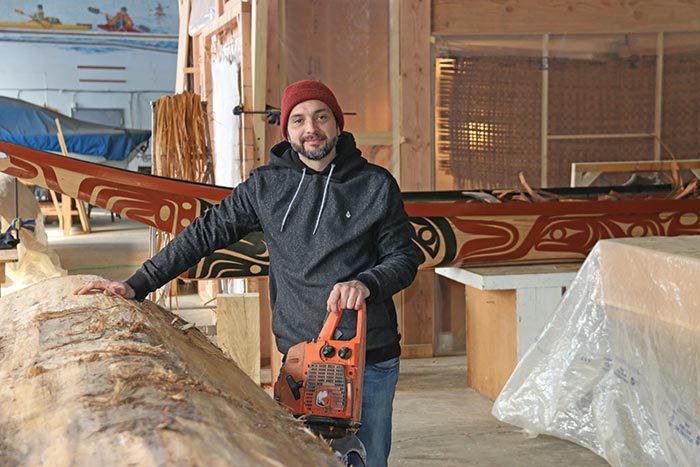 Students at Ladysmith Secondary School (LSS) are joining government and business leaders in the community to learn more about their neighbours at Stz’uminus First Nation.

A new course – called Language and Land-based Learning – is on the curriculum at the school this year. The course for the 30 students includes learning the Hul’qumi’num language, meeting Stz’uminus elders, canoeing, studying weaving and carving as well as writing and taking photos.

Perhaps the keenest attention will be paid when students visit a large workshop on Ladysmith’s waterfront. It’s the workplace for carver John Marston. Students will be watching, and participating, as a Coast Salish welcome figure is created in the coming months.

The nutsumaat syaays (working together as one) project at LSS is part of the new Aboriginal-inclusive curriculum that’s been put in place at all BC schools this year.

Last year, Marston began the two-year task of creating a Coast Salish ‘feel’ at the school. He carved traditional house posts inside the school’s main entry doors. The base for the welcoming figure was placed and the artist built a longhouse-type structure and hung woven cedar mats.

Champions of the project include teachers Bill Taylor and Moira Dolen, principal Margaret Olsen and volunteer Duck Paterson. Stz’uminus First Nation was a supporter and Timberwest donated the 40-foot log for the panels and welcome figure. The Artists in the Classroom organization gave $10,000 to kick-start the project last year.

Paterson said: “We have been very fortunate as far as donations… We still have a couple of baby steps to go, if anybody is interested, but it’s so close that John is starting the welcoming figure work now.”

When the Sentinel last wrote about the project, Marston said he was pumped by the support that came from his nation as well as the Ladysmith community.

“People have said ‘this has been needed for so long’ and this project has taken us to a place where we have started to have good conversations. Now other people own it, not just me.
“These are the first steps on the long road to reconciliation,” he said.

Teacher Moira Dolen agreed and said of the long-term impacts of the project: “This is going to transform the school and transform the environment here.” 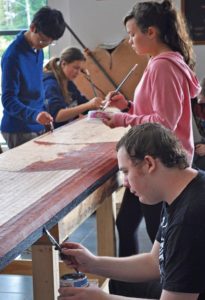 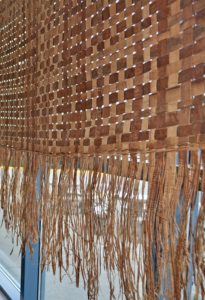 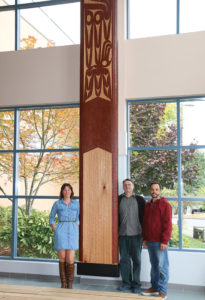