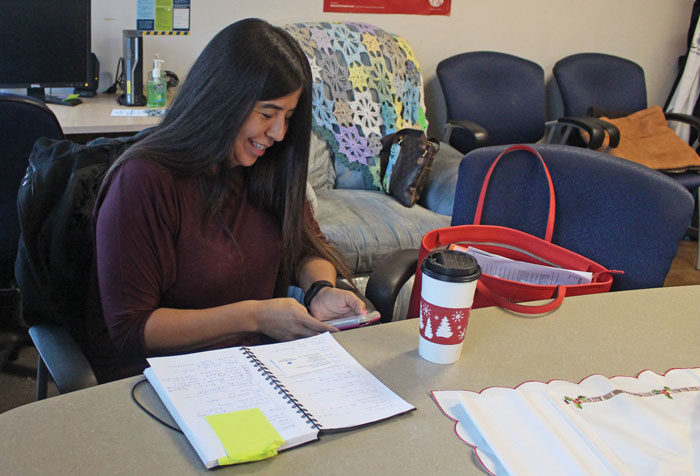 Emmy Manson supports 15 Indigenous scholarship recipients at Vancouver Island University, a job that ties her to her phone as she constantly checks in with her students via text messages and social media.

Manson works about 70 hours per week as an Indigenous Student Navigator providing logistical and emotional support to the group of students who she lovingly calls her “kids.”

And sometimes it’s a job not unlike motherhood; during one morning in early December, for example, Manson was up early to give one of her students a ride to an exam.

Her role is a key part of a new $13.5 million pilot program at VIU. The program, created in partnership with the Rideau Hall Foundation and the Mastercard Foundation, aims to increase Indigenous students’ access to post-secondary education through scholarships and support systems.

Manson, a member of Snuneymuxw First Nation, is one of several navigators who support the Indigenous learners.

“When they ask me for support, I follow up right away … and just really think outside of the box for [ways to support them in] some of the stuff that’s happening to them,” Manson said in an interview. “I’m just really grateful that they’ve trusted me to walk with them.”

The funding has come in response to the Truth and Reconciliation Commission’s Calls to Action, which foundation members wanted to help address. The funding goes to Indigenous students who don’t fit the criteria to receive funding from their nation’s band office, or who might be stuck on a funding wait list or have missed a funding application deadline. 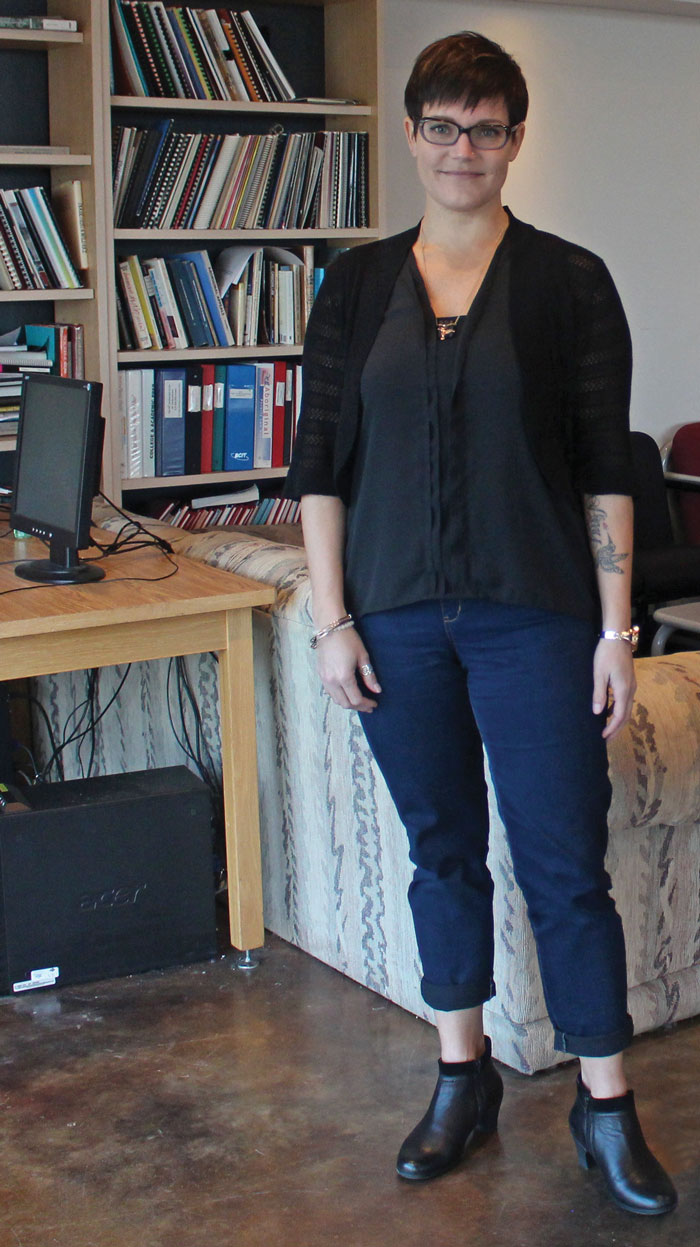 Amanda Jones, the recipient of a new scholarship for Indigenous students at VIU.

One recipient, Amanda Jones, is a single mother who is in her third year of the creative writing program. As a Métis woman with Coast Salish ancestry, Jones couldn’t access funding through a band office. She was paying for her education through student loans before she began receiving the Mastercard Foundation funding at the start of this school year.

“It’s life changing, because to have the added support, whether it’s financial or emotional support,” she said. “It just secures my future that much more, knowing that not only am I going to graduate, but I’m going to be encouraged in reaching my goals after graduation.”

Jones says that the financial support has not only paid her tuition, but it is allowing her and her children to live more comfortably.

“It’s just made it possible to have that peace of mind that if I have vehicle problems, or my kids need something, that I’m able to take care of some things that are outside of school,” she said.

The new program is currently supporting 63 of VIU’s 1,569 Indigenous students. Manson said with her new position through the program, she feels she has come full circle.

Twenty-two years ago, when she first started studying at Malaspina College (now VIU) as a young adult, she didn’t believe that she would ever graduate. As the first generation in her family to attend post-secondary, she didn’t realize the importance of connecting to student services, and she had little help navigating the dizzying academic and administrative bureaucracies.

“My family never ever prepared me to come here, it was my own will…being the first one,” she said. “[I remember] them wanting me to be successful, but not knowing how to support me.”

She did, however, have an auntie who helped edit her papers.

“The one auntie who read my papers was always very positive with me and helped me to get to be a better writer. I had to really let down my barriers of letting people help me, I had been quite independent.”

Sharon Hobenshield, director of Aboriginal education, said Indigenous students face many obstacles in succeeding at post-secondary studies. There are the everyday barriers, such as lack of access to transportation, housing and childcare, and those, combined with negative experiences in elementary and high school and the ongoing impacts of colonization, leave many students with a low sense of self/thinking they won’t be able to do it.

However, she sees Indigenous students find resilience when they connect to campus services, on-campus Elders, and their nation’s traditions. This, she said, is part of why having navigators is important to the program.

Planning for the launch of the pilot program, which Hobenshield said is intended to be expanded to the rest of Canada, took nearly a year.

“It really was a co-creation model,” she said, because the foundation approached VIU with the interest of helping, and allowed the university to consult with nearby communities and current students. “Usually there are calls for proposals and they come in little boxes and you fill them out…but this was a very different experience.”

During the consultations, Hobenshield says VIU discovered an even greater need than it had expected.

Additionally, Hobenshield said the foundation has been very clear with her that the scholarship program can be adapted as they discover more about what works and what doesn’t. And, after 12 years at VIU, Hobenshield says the program is more than she’d ever hoped for.

“I never would have even dreamed [of this], for someone to come and say ‘we’re going to match all these students [in need] with scholarships.’”

What’s next for Snuneymuxw soccer legacy?