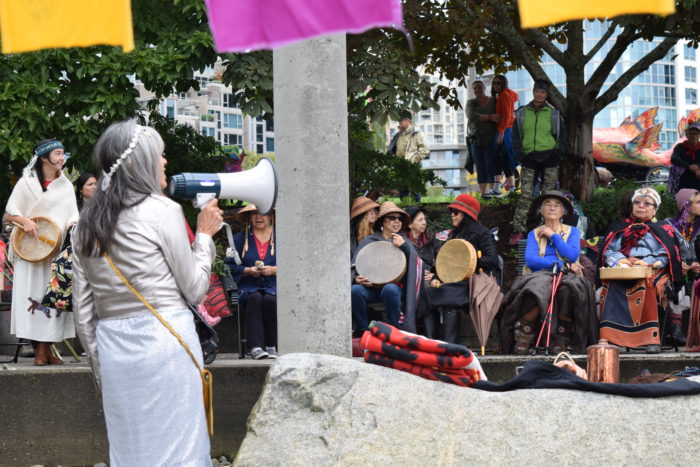 A week-long journey that follows wild salmon on their annual run to Adams River began with a day of ceremony and celebration in Coast Salish territory.

The Wild Salmon Caravan 2018 involved dozens of people who participated in events following sockeye on their migration from the Salish Sea and up the Fraser River.

The annual caravan took place between Vancouver and Chase, B.C., from Sept 22 to 29.

The events kicked off with a colourful parade through the streets of Vancouver, with many people dressed in costume to reflect this year’s “mermaid” theme meant to highlight the mysteries of the oceans and streams.

A ceremony was then held at the seawall that involved a blessing to ask the salmon to come home. Organizers prepared an offering of traditional food and guests held cedar to their hearts before presenting it to the salmon. 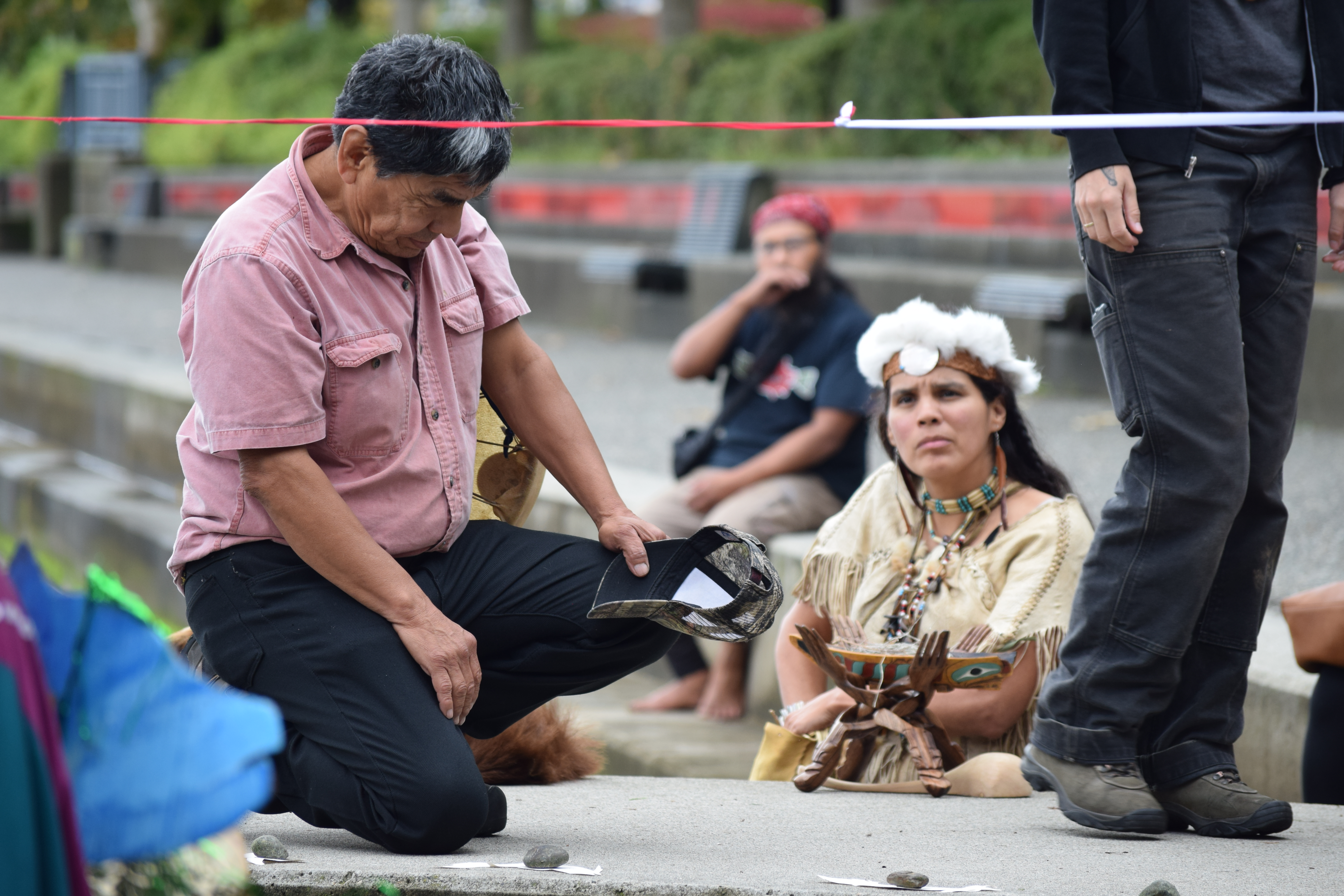 She said the caravan is meant to connect people and to “transform the darkness” surrounding the industry and pollution that has been threatening wild salmon populations.

“Our foods are suffering. We must hold these foods up in highest honour. Wild salmon is not just a product, not just a commodity,” she said.

“We know that as Salish people we are connected from our Interior Salish ancestors in those mountains to the Coast Salish people here on these sacred lands and waters.”

Glida Morgan of Tla’amin closed the ceremony with a song to honour grandmothers before a feast took place nearby featuring live poetry, music and speakers.

The caravan went on to stop in Indigenous communities around Chilliwack, Lillooet, Merritt, Kamloops and Chase in following days, with more parades, ceremonies, community forums and salmon feasts.

Events closed on Sept 29 with a ceremony at Adams Lake, calling for a commitment to protect wild salmon.

“Wild salmon need us now more than ever to celebrate and honour their amazing generosity as a keystone species, and to show the world how important they are to our Indigenous land and food systems,” Morrison said in a statement.