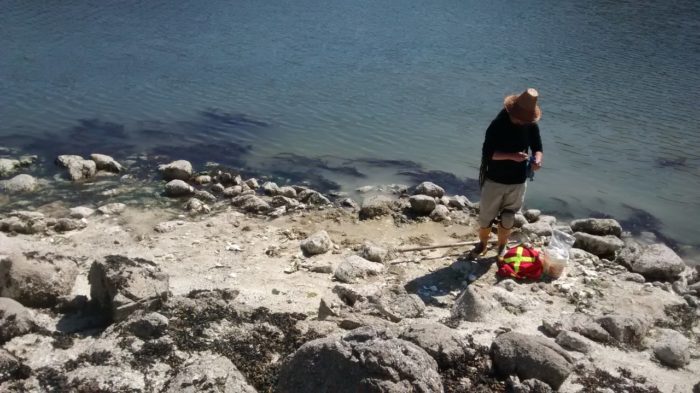 Ancient Indigenous clam gardens along the Northwest Coast are at least 2,000 years older than previously thought, new research has shown.

A study involving Simon Fraser University and Hakai Institute proves that clam gardens date back at least 3,500 years. That means that at least 175 generations of Indigenous people have utilized the ancient food security systems.

Working with local Indigenous people, Lepofsky and Smith were able to use radiocarbon dating and combined that information with history of changing sea levels to get a more accurate read than with previous studies.

Clam gardens are human-built rock-walled tidal terraces that have been used by Indigenous people along the coast to help create a flourishing habitat for clams and other sea creatures.

Lepofsky explained that researchers were able to utilize radiocarbon dating on clams and other marine organisms that were trapped and “frozen in time” when the clam gardens were built.

“In short, what radiocarbon dating does is it calculates the time that organism died, and stopped taking in carbon,”

“The problem with the clam gardens is they’re made of rock, which was never living and never takes in carbon … So it’s kind of a logical thing for archeologists to do, to look for once-living creatures who were trapped when the wall was being built.”

Lepofsky said the clam gardens are known to be ancient from Indigenous oral histories — but dating them through scientific techniques could make an impact when it comes to things like nations asserting rights and title in a legal setting.

“It just clearly shows this is well into the past, they’re embedded into people’s lives and worldviews,” she said.

“These are in oral traditions, they’re in songs, they’re in place names … (now) we have this Western date on it. We just need to accept that they’re old and they represent a viable system.”

Smith said though the study took place on Quadra, clam gardens exist from Southeast Alaska down the B.C. coast and into Washington State.

She said the clam gardens are exciting because they represent such a rich history of sustainable marine agriculture, and could serve as a model for future harvesting.

“One thing we love about them is there’s really a magic about them,” she said.

“I’d love to see us sort of remember where a lot of them are and figure out where some of them are that have fallen out of memory.”

Editor’s note: This is a corrected story. An earlier version of this story erroneously stated that at least 17,500 generations of Indigenous people have used the food security systems. In fact, that number was meant to be 175. We apologize for the error.