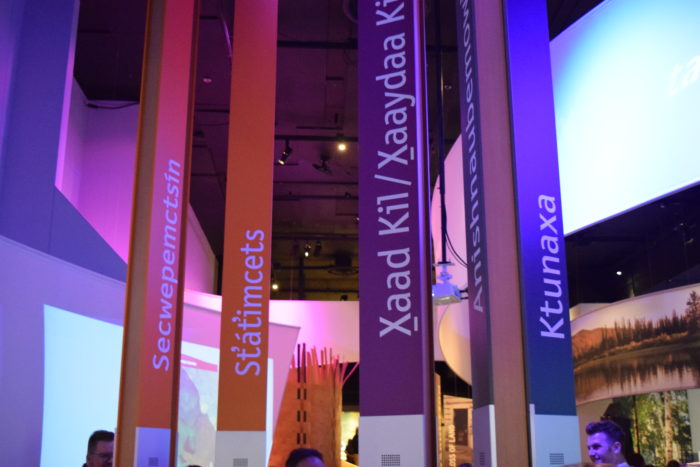 The Royal BC Museum is taking its permanent Indigenous language exhibition on tour across the province.

The museum has created travelling versions of its Our Living Languages showcase that are being sent to a series of regional museums and community centres.

The three-year initiative is part of a wider effort to showcase the languages after the United Nations sanctioned 2019 as the International Year of Indigenous Languages.

The project began June 21 when the museum loaned two travelling versions of Our Living Languages to the Langley Centennial Museum and the Alberni Valley Museum.

Those two are the first of many stops in B.C., according to the museum, with more than 20 institutions having expressed interest.

RBCM CEO Jack Lohman said in an interview that the travelling exhibits have already been so successful that the museum is already looking at expanding it.

“What I’m hoping is as it travels, we can add components to it from each language group,” he said.

Lohman said he hopes that as the project goes on, it can become the basis for RBCM to completely redo its main Our Living Languages exhibit in Victoria.

“Every time Indigenous languages are spoken or heard, they describe our collective national memory and history,” he said in a statement.

“Our museum’s responsibility and duty is to make them heard, understood and ultimately celebrated.”

The travelling exhibit will highlight the 34 different Indigenous languages in B.C. and the efforts to preserve them.

Our Living Languages features languages through interactive stations, audio, video and more — the original exhibition was developed in partnership with the First Peoples’ Cultural Council.