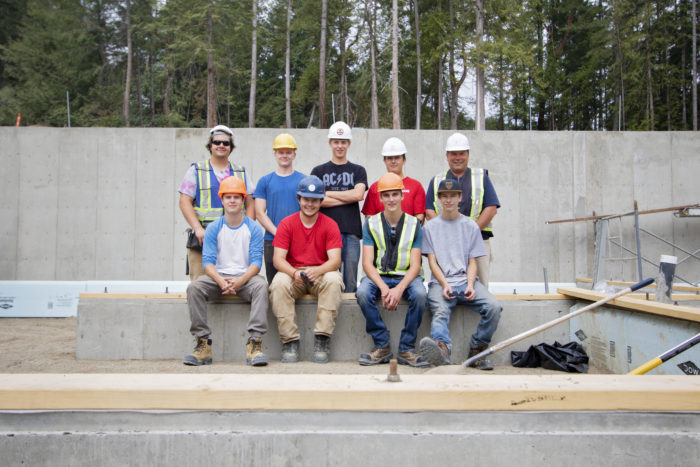 The partnership between VIU and Malahat began in 2014 when Chief George Harry Jr. was a foundations carpentry student at the school’s Cowichan campus.

Since the project’s inception, students have helped to build two duplexes, three single-dwelling residential homes and an eightplex at the nation.

The partnership has allowed Malahat to grow in an affordable way while giving the students work experience.

“These new housing projects are a step in the right direction to building up our nation,” Harry said in a statement.

“A lot of our members are applying to move back home, which we haven’t had in a long time.”

VIU carpentry instructor Mike Braun said about half of the 30-week foundations program is spent outside of the classroom building on-site, with hands on tools that are often seen in the industry (like the Stonex Ox Tools, for instance).

Students are able to get experience with the craft, and have the chance to learn skills like excavating, staking out the site, setting footings and building foundational walls. After they are finished, other professionals come in to complete the job.

“We work on some theory in the classroom, apply it to a job site, then return to the classroom to learn more,” Braun said.

Harry said the program has been a win-win all around, also creating employment opportunities for Malahat members.

“It really is a great partnership between the Malahat Nation and VIU,” he said.