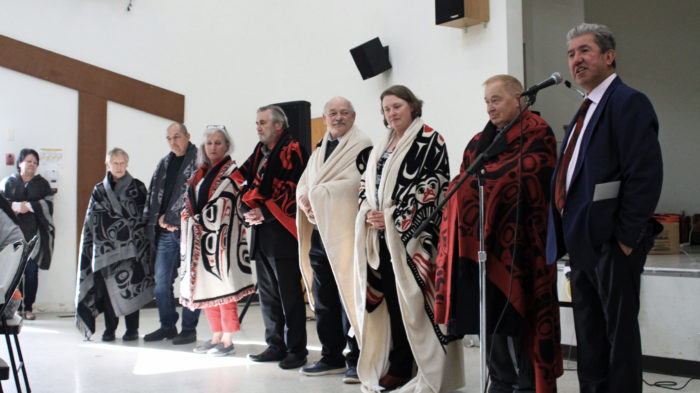 The long-awaited station is broadcasting new country music as well as programming in the K’ómoks language.

The nation-owned CKCC The Raven 100.7 FM station hit the airwaves during a celebration at Homalco on Nov. 1.

During the event, a group of contributors to the project were honoured in a blanketing ceremony led by Homalco Chief Darren Blaney.

Blaney has been working on the radio station for several years and said proceeds will go towards community enhancement initiatives.

He said that might include support for members and cultural projects, but will be put into a fund for “whatever is needed.”

“Vision for this radio station has been in place for many years,” she said.

“(It’s) really about creating investment in the future, because the resources made from this radio station are going to go back to the community, and to the young people and to the elders of the community.”

The Raven’s signal stretches between the Comox Valley and mid-Island, serving communities from Sayward to Parksville.

The station can also be broadcast online at http://radio2.citrus3.com:2199/start/ckccfm.