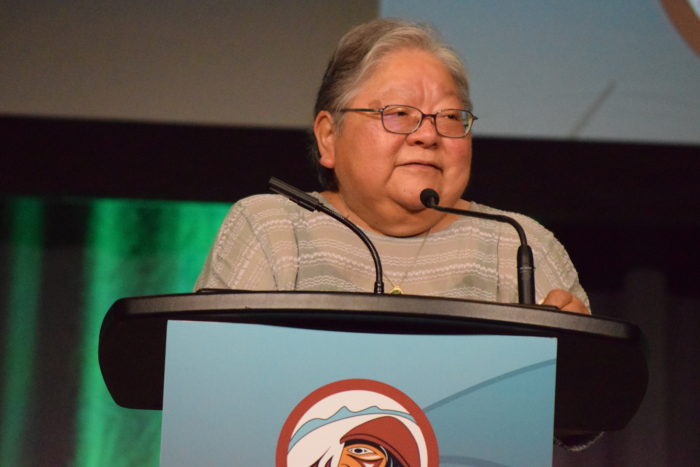 Language advocate and educator Dr. Lorna Wanosts’a7 Williams has been appointed to the Order of Canada.

Williams was one of 120 new appointments by the governor general that were announced in late 2019.

The Order of Canada is one of the country’s highest honours, given to “people whose service shapes our society, whose innovations ignite our imaginations, and whose compassion unites our communities,” according to a release from Canada.

Williams was chosen “for her contributions to Indigenous education and for her advocacy of Indigenous language revitalization programs.”

Williams, a member of Lil’wat Nation, has spent her career revitalizing language and culture within the education system and her own community.

In 1973, she was part of opening the second band-run school in Canada in Mount Currie, where she worked to develop an innovative curriculum that meshed Lil’wat and Euro-Canadian knowledge together.

She also led the development of degrees in Indigenous Language Revitalization and Counseling in Indigenous Communities at the University of Victoria, along with a mandatory course in Indigenous education for teaching students.

Williams was recently honoured with a 2018 Indspire award for her work in education.

Nearly 7,500 people in total have been appointed to the Order of Canada since its inception in 1967.